Why I Sacked My Workers - Atiku 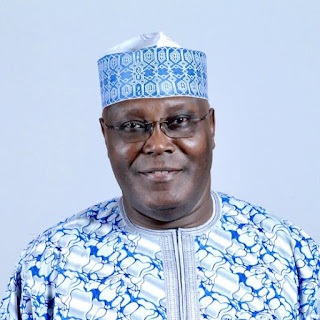 Former Vice-President Atiku Abubakar, has explained why he sacked his staff at radio and television communication company, Gotel Communications on workers' day.

According to the former vice President, Atiku Abubarka he sacked the 46 workers due to lack of sufficient funds. He, however, added that the Coronavirus pandemic has caused global economy crisis. We want to maintain a little number of staff that we can pay, he said.

Paul Ibe, Atiku’s media aide, confirming the sacking of the workers said it was a culmination of the restructuring process in Gotel Communications Limited, a company under the umbrella  of Priam Group.

“The founder of companies under Priam had announced that many of his business concerns would be aggregated under the Priam Group.

“Priam Group had embarked on a restructuring exercise which led to a merger of many companies under its umbrella.”

“Other components of the restructuring includes rationalisation of workforce and thus some members of staff of the group would be laid off, with their full disengagement benefits paid to them.’

However, the affected staff were handed their respective sack letters on Friday, being Workers Day.

A copy of the sack letter reads in parts, “The management has decided to discontinue your services with immediate effect.

“Consequently, please be informed that your entitlements including stipend lieu of the notice will be computed and posted into your account with immediate effect.”

The expatriates threatened to sue the company for breaching their contract terms.

Recall that some expatriate workers had earlier accused Gotel of breaching the terms of their contracts and failing to pay them several months of salaries and entitlements..
News