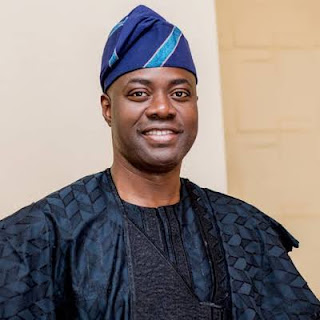 The Gov. Who visited the widow and children on the demised, Late Hon. Kehinde Ayoola described the deceased as a very close friend who played a major role at Omituntun political group and actualizing the Omituntun era in the State.

Governor Makinde in his condolence message that he personally wrote in the condolences register, described the Late Ayoola as devoted and loyal friend he stated thus ” l lost a dedicated and loyal friend , God knows the best and we cannot question HIM sleep on brother till we meet to part no more”.

It would be recalled that Governor Makinde’s deputy, Engr. Rauf Olaniyan had on Thursday led a powerful delegations to the Ibadan home of the deceased

Those on the delegation included the SSG, Mrs. Adeosun, Head of Service, Mrs Amidat Agboola,Commissioner for Education, Barrister Olasunkanmi Olaleye ,and the
Director-General of Due Process Office, Ms. Tara Adefope  among others.
News