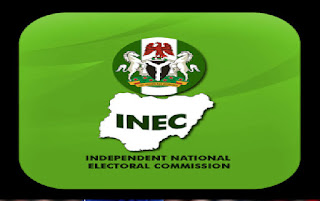 The Independent National Electoral Commission (INEC) has fixed resumption of activities at its headquarters for Wednesday.

The commission had suspended its services and shut its Abuja headquarters during the lockdown President Muhammadu Buhari ordered to check the spread of coronavirus.
But in a statement on Thursday, Festus Okoye, national commissioner and chairman, information and voter education committee, said said the decision to resume formed part of the resolutions reached at the end of a meeting held on Thursday.

He said the meeting was on plans for the forthcoming elections in Edo and Ondo states, as well as other pending senatorial and state assembly bye-elections.

While the Edo election has been scheduled for September, that of Ondo would hold in October, according to INEC.
INEC resolved to “carry out comprehensive decontamination of its National Headquarters, annex at Blantyre Street, the Electoral Institute and its Area 10 office housing its staff clinic,” before resumption of its officials.

On those expected to resume, Okoye said: “Only staff below 58 years of age with no serious underlying health issues will resume, while pregnant women, nursing mothers and all other staff with underlying health conditions should remain at home for the time being.”

“The Commission will work out modalities for the ramping up of activities in two of the States where it has Governorship elections (Edo and Ondo) and will liaise with the security agencies and health authorities on resumption of work in the 2 States as soon as possible,” it read.

“The Commission will resume engagement with Political Parties, Civil Society Groups and Organisations, the media and other stakeholders in relation to the Edo and Ondo Governorship elections. The modalities for these engagements will be worked out and considered at its next meeting on May 14, 2020.”

He added that the commission will issue comprehensive guidelines for resumption of staff, which will provide information on practices to limit the spread of COVID-19.
News