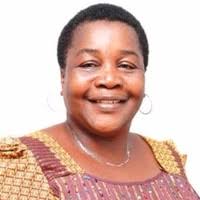 The materials which were handed over to the council chairman Comrade Rotimi Ojomoyela was to be distributed among journalists across the state.

Presenting the materials to the council, Dr Owoola said the materials were donated to her NGO, Centre for Indigenous Knowledge Development And Sustainability, (CIKDAS), by the Senior Brand Manager, Malta Guinness, Mrs Ifeoma Agu.

Dr Owoola, who hails from Ayetoro-Ekiti in Ido/Osi local government area of the state, said that instead of hoarding the materials, she decided to extend it to all and sundry.

Dr Owoola who is a community advocate promised to facilitate workshops, grants and other benefits for journalists in the state and their loved ones before the end of the year.

Receiving the items, the chairman of NUJ in Ekiti State Comrade Rotimi Ojomoyela thanked Dr Owoola for the gesture and prayed God to continue to bless her.

Comrade Ojomoyela expressed the readiness of the council to partner her organization for projects that would promote national development.

He noted that the action of Dr Owoola had distinguished her as a credible and faithful politician who could be entrusted with higher positions in future.

Comrade Ojomoyela  called on other stakeholders and cooperate organizations to also reach out to journalists in their little ways so as to also encourage them at putting I'm their best in terms of information dissemination.
News