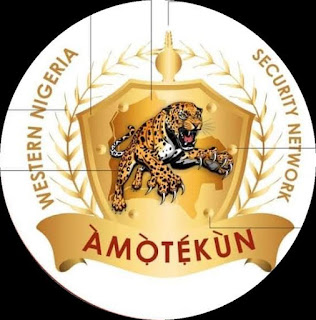 ... As Justice Akintayo heads Amotekun Board

The Governor of Ekiti State, Dr John Kayode Fayemi has approved the appointment of Mr Akin Aregbesola as the chairman of the Governing Board of the Ekiti State Security Network Agency, otherwise known as Amotekun corps yesterday

The release which was signed by the Chief Press Secretary to the Governor, Yinka Oyebode further stated that Brigadier Joe Kolawole (rtd) will be the corps commander while  Obong Joel  Idowu Ajayi, a retired State Security Service officer, Akin Obasola and a retired Major Fatai Fakorede are members.

It would be recalled that the commissioner for Agriculture in Ekiti state, Chief Folorunso Olabode and two others were reportedly abducted by along Isan/Iye Ekiti axis two weeks ago. The leader of Ilejemeje Local Council was shot dead while the woman kidnapped alongside was released mid last week.

Although, the South West Security Network Outfit otherwise known as Amotekun had been launched in Ibadan early this year, the Governors are just constituting the Amontekun corps Agencies.
News