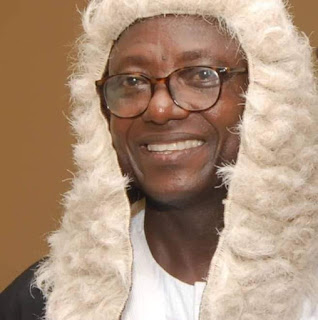 The Speaker of the Ekiti State House of Assembly, Rt Hon Funminiyi Afuye has commended members of his Constituency for comporting themselves in good manners as he rounds off the phase two of his palliatives to the vulnerable people.

Speaking at his Ikere Ekiti residence after the event today, Afuye said: "I have to commend our good people of Ikere for behaving well while my representatives went round the five wards to give them our palliatives to cushion the effects of this COVID-19 pandemic. I also thank my representatives for discharging the duty without fear or favour"

As assured by the Special Adviser to the Speaker on Media, Akogun Tai Oguntayo on Monday, the remaining two wards namely; Idemo and Ogbonjana wards were completed today having done three wards on Monday.

Apart from the Special Adviser Media, other aides of the Speaker in today's distribution are; the Speaker's Personal Assistants, Stephen Olawande and Adeola Agboola, Legislative Aides; Folakemi Jayeola and Hon Dele Fituyi among others.

It would be recalled that food items such as bread, bags of rice, indomie noodles and nose masks were distributed to three wards visited on Monday, namely; Are/Araromi/Ayetoro; Afao/Kajola and Ilapetu/Ijao

Responding to journalists on Monday, the Speaker's S.A Media assured that the remaining two wards would be handled on Tuesday which was done peacefully today as vulnerable people were visited to deliver the items.
News Photo Speak