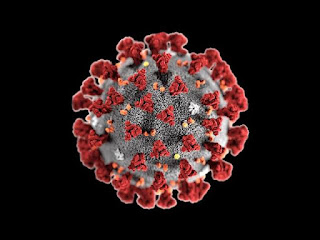 The General Manager of the Nigerian Television Authority in Kastina, Alhaji Ayinde Soaga has tested positive of coronavirus just as the Guardian Newspaper correspondent in Sokoto State, Mr Eric Meya has died of same deadly disease.

In a release made available today by Kehinde Soaga, the family appreciated the national secretariat of the Nigeria Union of Journalists ,FCT and Katrina councils for their intervention.

Soaga expressed his appreciation thus :"We appreciate the national secretariat of NUJ, the Katsina state and FCT councils of the union as well as many other individuals and groups too numerous to mention for their quick intervention and prayers".

Kastina NUJ in a release signed by the state chairmen  Tukur Dan-Ali
reminded members of the council to be cautious and continue to take precautions during the coverage of events.

Ali however called on government to come to their aid at this material time. "Kastina state government and other stakeholders should as a matter of urgency, provide media organizations and all the practicing journalists with personal protective equipments (PPE) and other needed support to continue with their work during this pandemic period".

In another statement released by the Nigeria Union of Journalists (NUJ), Sokoto State Council Meya passed on at the Usmanu Dan Fodio University Teaching Hospital on Monday, 4th May, 2020.

Secretary of the Sokoto council of the Union, Abubakar Awwal confirmed Meya's death today. Meya passed on yesterday”. Although as at the time of his demise, the Covid-19 test conducted on the deceased had not returned but when the result came in yesterday, it turned out the late Meya died of Covid-19

The Chairman of the council, Isa Abubakar Shuni described the death as a monumental loss to the entire practicing journalists in the state.
News