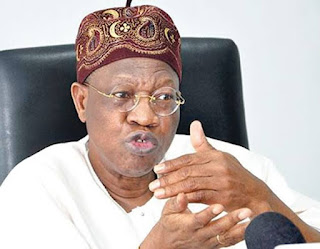 The Federal Government has set up a committee of industry stakeholders to look into and advise it on the best way to mitigate the effect of the pandemic on the industry.

Announcing the Terms of Reference of the Committee, the Minister of Information and Culture, Lai Mohammed  said that he has approved the request by the National Broadcasting Commission (NBC) to grant a two-month licence fee waiver for terrestrial broadcast stations in Nigeria.

"I want to put on record that the NBC has sent protective equipment to some Community Broadcast Stations across the country," he said.

He however announced the terms of Reference of the committee, which are; to assess the expected impact of the pandemic on the industry in general, advise the Government on how to mitigate job and revenue losses in the sector as well as to create succour for the industry small
businesses.

Other term of references are; to suggest the type of taxation and financing that is best for the
industry at this time to encourage growth and to advise the Government on any other measure or measures that can be
undertaken to support the industry.

According to the minister, the Committee has four weeks to submit its report.
News