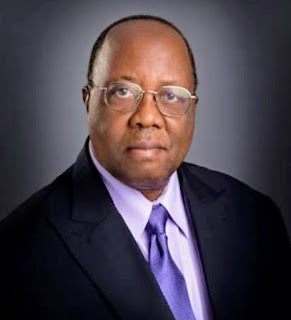 Whether to call this a birthday goodwill message or a birthday bash, I don't really know but all I know is that it's an excerpt from my yet to be published memoir. So, kindly permit my indulgence to commemorate today with this piece.

I will never forget the very day Chief Bukola Oluwadiya, my dear Egbon, who I later came to like so much, bullied me at Mama Juli's shop in Okemesi. Yes, bully I said. I know you're curious, I will explain.

It was in December, 1999 at Madam Julie's shop. I had gone there to check my mom who just arrived from Ibadan. She was a close friend of Madam Julie as they both belonged to the same social club. As I entered the place, someone said; "Tai, how are you?" Egbon Bukky who was in the shop with some people just stopped what he was saying and retorted; "Which Tai is that?" They replied him: "it's Tai Oguntayo." Immediately, he stood up and as I was about to prostrate to greet him he had moved towards me in annoyance and yelled at me; "so, you are the stupid guy that wrote that nonsense about Okemesi!!"

"Sir, please try to hear me out!" I tried to explain but he roared again; "shut up your mouth! You went to say that your dad was the best! You this..." That was how I went out of the shop in annoyance.

It wasn't a funny melodrama at all! Egbon's burning sense of patriotism for Okemesi at age 49 made him to declare a young boy who was just a little above 30 wanted in 1999. What's my offence? I was wrongly accused of writing a stinker about Okemesi.  Later the true identity of the writer was known and it was discovered that I knew nothing about it. The overzealous reporter interviewed a university don, an indigene of Okemesi, who told him (the reporter) about his bitter experience of his hometown which the late reporter lumped with my father's burial ceremony that he didn't attend. Event of latter years eventually vindicated me and Egbon saw me  from a better perspective.

A month after that encounter, I was made the Supervisor for Health in Ekiti West Local Govt, representing Okemesi upon the recommendation of the then Owa Ooye, Oba Edward Adedoja Oni, as I was later told the SSS went to him to find out what kind of person I was. Years later, I had cause to meet Chief Bukola Oluwadiya again at different fora and I discovered that he's a very lively and lovely person, very jovial and patriotic.

During the creation of the Okemesi/Ido-Ile LCDA, Chief Oluwadiya was the Chairman of the agitation committee while I was Secretary to Ekiti West Local Govt. He hosted us severally in his house at Oke Ada and spent his money on logistics and administrative needs of the Committee. I noticed that whenever we got there, he would always treat me specially. "Tai, have you taken your own pounded yam?" While squeezing his own morsel of pounded yam, Chief would beckon on those serving the food; "oya, e bo si bee ke ya fun Tai l'obe o!"

It got to a stage, I was wondering in my mind that "has this Egbon forgotten this my encounter with him at Madam Julie's shop or what?" But I took solace in the fact that he had probably realized that I was innocent of that episode and that I'm as well patriotic in my own little way. As the pioneer Secretary of the Okemesi/Ido-Ile LCDA, I wrote to him on behalf of the Council on our request and he facilitated the provision of the take-off needs of the defunct LCDA.

During the League's end of the year party in 2018, I was there to watch how the elites usually dance to the talking drum. In that mid night, I wouldn't know how Egbon Bukky sighted me where he was among his highly respected colleagues and he screamed; "Tai!! Good to see you here. What do you take? Have they served you? Okay, take this bottle of wine." It was a whole bottle of expensive wine he gave me, I couldn't remember its name now. All my colleagues that we went there together were surprised. One of them said; "Akogun, o ga o! How did bros see you this dead night in the midst of these people dancing, drinking and throwing banters?" I just smiled and said, holding the bottle of wine tightly in my armpit; "would you drink wine abi you want to query me?".

This is the kind of openhearted, blunt, generous and patriotic man Chief Bukola Oluwadiya is made up. I wish him happy 70th birthday today! More blissful years on earth in Jesus' name.

This is an excerpt from my oncoming memoir titled; "IF I DIE"
News