Buhari Lauds Adesina As AfDB Passes Vote Of Confidence In Him 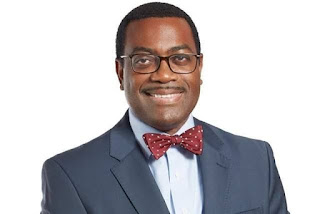 President Muhammadu Buhari has lauded the president of the African Development Bank, Dr Akinwumi Adesina over the clean bill given to him by the Board of Directors of the financial institutions.

This was stated in a release signed by the chairman of the Bureau of the Board of the Governors, Niale Kaba on Tuesday which exonerated Dr Adesina of allegations of wrong doings against him as alleged by whistleblowers .

It would be recalled that Adesina was accused of wrong doing through a report but the Ethics Committee of the Board of Directors had exonerated him of the allegations.

In the report of the clean bill, Kaba said "On the basis of the results contained in the report of the committee, I am of the view that we should adopt its conclusions by declaring that the President is totally exonerated of all the allegations made against him ".

While commending Adesina to have served Africa well through a release by the special Adviser, Media and publicity to the president, Femi Adesina today, Buhari wished Adesina well on his position of responsibility and he is proud of him while serving his mother land.
News