ASUU: Are We Really Academicians? - By Dr J. I. Yero 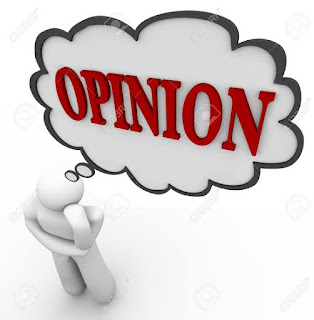 The manner in which ASUU has been conducting its business in relation to its industrial disputes with government, leaves much to be desired.

Naturally, as academicians, we are expected to maintain certain standards of conducts and approaches in all our dealings. Learned people are presumably well cultured and so, they are viewed through expectation lens that is of higher magnification, when assessing civility and knowledge applications in all situations.

Alas, a cursory scrutiny of some of our approaches will reveal otherwise. Of recent, is the nature of reactions of its (ASUU) members that trail behind the recent government's gesture to pay off their two months salaries which was earlier withheld. As a member of this body with such nobel tracks, I felt ASUU has came a long way, achieved so much for Nigerians, even those yet unborn, and shouldn't be allowed go down the drain with the dishonors that are increasingly being attributed to it, largely because of the manner in which we handle our affairs, as custodians of academic gowns.

I'm really beginning not to like this confrontational attitude of ASUU. The public is watching and noting how we go about handling our issues with government. They are aware that we have made a declaration for an indefinite strike. They are also abreast with the government's show of kindness in not exercising it's right any longer, in withholding our pay. Now they are reading our reactions to this gesture. It is said that those that turn their back against the offer of an olive branch in conflict situation, should not expect the solidarity of the onlookers.

OK agreed, we have grievances. Agreed some of the officials in government and other vested interest groups (within and outside the country) are bent on scuttling efforts to revitalise federal universities. Yes, the system is being shortchanged, university autonomy is under attack and we're struggling for the betterment of the university system, no doubt about that. But come to think of it, our actions (strike) has rendered us to legally forfeit our salary - an undisputable fact. On the other hand, the government however, on it's own volition without any negotiation, decided to overlook that. As a community of people with presumably high intellect, how do we react to this gesture that's tagged by the public as benevolent (even if in reality it's not)?

Agreed, that action from government could've been born with an ulterior motive, but did we pause to think how the public will see it? Whatever could be the motive, on the surface, it is a fact undeniable, that this shows maturity from government's part. This shows that we're dealing with a humane entity at the helm, even if those in between are unscrupulous.

If we think that government is being surreptitiously sly, it'll be so impudently imprudent for us to handle the gesture with further confrontations. We think it is a stealthy art of war? Fine, lets react to it accordingly, have it meted with equally crafty response, such that we still remain on course towards what we set out to achieve, while preserving our public image. Let us show the world that we are the custodians of knowledge, the wise men who train the wise ones that are devising whatever plan to scuttle us, in and outside government. Whatever game is it, as long as it involve knowledge and wisdom, we are supposed to be the masters of these games and so we ought to beat them with ease. All we need is to employ this home advantage in strategising how we greet every challenge confronting us, without loosing face.

As researchers, have we ever paused to ponder on why we carryout perception studies? Why do modern day politicians are so much concerned about public perception? We are very much aware of the answers to these questions. We are also aware that actions and inactions in given situations are what shape public perceptions. How about for instance, saying "thank you Mr President. Your gesture is statesmanly. We look forward to receiving invitation to continue with peace talks." What if we pause and think of a way we can mobilise the general public to do our fight for us (which is technically their fight too). We have been existing for decades. Have we ever considered long term strategies like sponsoring some of us to National Assembly, so that they can push for quality legislation bordering on the welfare of the university system? Capitalising on our national spread, achieving this is like a ride in the park for us. If we have done that, I'm sure by now, we would be talking of enforcement not MoUs.

We keep this progressively, we'll loose nothing with the approaches and everything to gain. For one, the public interest will be triggered. Timelines set for deliverables will be monitored. With consistent failures from government's part, in honoring the agreements (as in the past), only this time, the generality of the public are keenly involved, ASUU does not have say a word. The public will do the pressurizing on it's behalf. Good public perception is one thing to gain. It is on the record that public perception is the single most powerful tool that toppled most governments. Arab spring is one simple case to study. ASUU alone, can garner and harness such power that can easily trigger revolutionary developments in governance. Only if we think!.

Why is the spectator not seeing us tapping our proprietary asset, our intelligence? We ought to sit back and think deep.
Instead however, we are allowing our instinct get the better part of us, proving to ourselves that we can't resist the effect of Newton's 3rd law; and further entrenching all the nasty definitions given us by our critics into the minds of the spectators. So sad. All the articles that came out from members on this issue are somewhat not reflective of the intelligent community that we claim to be. So sad.

ASUU should get their acts together, change tactics and take their rightfully befitting place in the art of dispute resolution. Show the world that among us are the best Social psychologists, savvy political scientists, best legal minds, witty minded accountants and what have you. Small fishes like Yero are increasingly being turned into malcontents by the antiquated approaches being played out. The weaker ones and the less informed among us are increasingly becoming easy preys to various oppositions whose intentions are doubtful, and ideas not as lofty.

For the purpose of clarification, my criticism of ASUU is a constructive one, aimed at drawing attention to us as regards to what and where we need to work on. I have no intention of joining hands with anyone who may want to destroy ASUU. I'm increasingly being asked if I'm part of CONUA (or CONUASS is it?). while wishing all well meaning alternative unions the best of luck, I'll never be part of any self serving endeavour. I'm not happy with ASUU but we have no better alternative. So we'll remain in ASUU and salvage it together.