The Chairman, Nigeria Union of Journalists in Ekiti State, Comrade Rotimi Ojomoyela has today, Wednesday October 2nd, 2019 Supervised the Election of the leadership of the Fountain Newsbreaker Chapel. 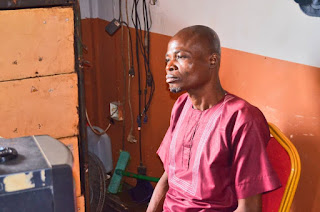 The Election which was held at the Chapel Secretariat and the Fountain Newsbreaker Office at Oke Ori Omi in Ado-Ekiti was the third election in the Chapel since it was inaugurated and had Gani Salau emerging as the Chairman of the Chapel. Mr Raphael Adeyanju, now of the Blueprint was the pioneer Chairman while Idowu Adebomi was the second Chairman. 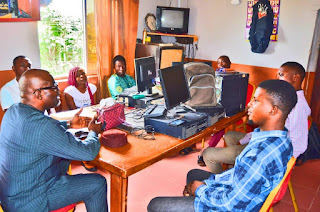 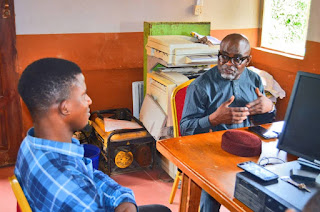 Comrade Ojomoyela admonished the newly elected members of the Chapel Executives to focus their attention on Ekiti reports as a leading number community newspaper in Ekiti State.

He also charged them to make their online news consistent, even as their tabloid would be on monthly basis. He however noted that it was their performance that would give them more recognition both among the people and at the Union.

The Executive Members are to be inaugurated tomorrow Thursday October 3rd, 2019 during the Council's congress.