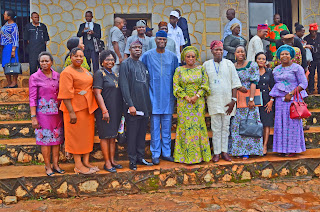 The Wife of Ekiti State Governor, Erelu Bisi Fayemi and the Honourable Attorney General and Commissioner for Justice, Olawale Fapohunda have solicited for the support of Ekiti State's Secondary School  Principals on the fight against sexual and gender based violence in the State.

In a meeting with the members of the All Nigeria Conference of Principals of Secondary Schools (ANCOPPS) in Ekiti State, held at the Chapel of Christ School Ado-Ekiti, the wife of the governor raised critical issues ranging from support on the Gender based violence prohibition law, keeping girls in School among others. 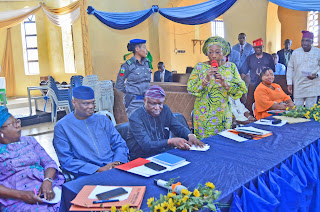 She referred to the school principlals as key stakeholders in the implementation of these policies and said they could also support on tackling the issues of girls dropping out of school due to getting impregnated by allowing the students to continue their education.

The Attorney General also announced at the fora that Rapists would soon be given life imprisonment in the State. 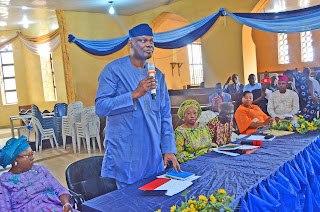 He hinted the Principals while addressing them on the new amendments on the Gender Based Violence Prohibition Law on going in the State.

He noted that the bill was in progress and the life imprisonment part of the law among other new measures would become effective the moment the State House of Assembly passed the law and it was signed by the Governor. 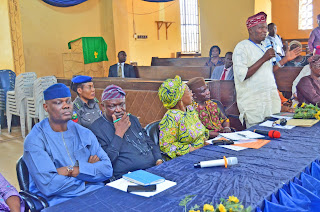 In his reaction to the Government's Proposal,  The ANCOPPS President, Mr. Biodun Omotosho, pledged their full support to the Government on the proposal, because, "We are fathers and mothers first before principals and we also have female children".

Also, the Principal, St Louis Secondary School, Mrs Rhoda Ojo gave her support to the Government's proposal on these new measures to be taken on Sexual Offenders and protection of the rights of the Victims too. 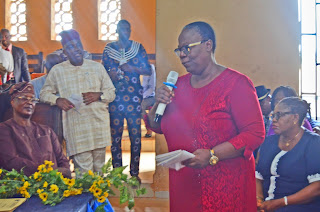 The principal being in charge of a Girls' School lamented over series of reported cases of sexual violence among young girls, charged her fellow principals to support Government's Policies to curb this menace.

The State chairman of the Nigerian Union of Teachers (NUT), Mr. Samuel Olugbesan in his reaction also harped on the recruitment of more counsellors into schools, as earlier suggested by some principals, as a way of giving a closer monitoring to the Students while In school.
News