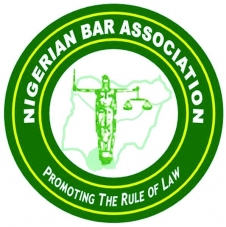 The Nigerian Bar Association, Ado Ekiti branch today resolved to boycott court proceedings over what they termed as intimidation and maltreatment of one of their colleagues in the course of entering the high court premises on Friday last week when the same incident repeated itself yesterday Monday, 7th October 2019 at the high court, Ado Ekiti, Ekiti state capital.

It will be recalled that Barrister Adedayo Adewumi came to court on Friday to access the court but was prevented from gaining entrance by the security at the gate. The same incident reoccurred on Monday which the lawyers termed as infringement, intimidation and harassment as against their fundamental rights as lawyers.

While talking to the Fountain NewsBreaker reporter at the end of a brief meeting of the lawyers at Afe Babalola Bar Center at the high court, Barrister Sunday Ochai said 'By preventing the lawyers from entering the court is uncalled for' He stressed further, 'You can see that this is after Ten o clock and court opens by nine.

"It's to tell you that we have boycotted the court in annoyance to the maltreatment of one of our colleagues. Go to Ondo, Lagos or elsewhere, it doesn't happen like this. Not only this, other issues bothering on our convince in terms of the lift in the court not functioning, inadequate toilet facilities and other things that do not make the job condussive '.

He however condemned the presence of the police men in the court as intimidation which they would not succumb to irrespective of the situation.

The secretary, NBA, Ado Ekiti branch, Barrister Temidayo Akeredolu queried "Why should the high court authority lock the gate against lawyers when the court is their office for practice?"

He said 'packing space or no packing space, you don't block the gate of justice. What happens to the disabled lawyers? He condemned the stampeding of the court by the policemen and  that promised they would resist it.

'NBA in Ekiti state can't be intimidated because we are in a democracy '.he retorted. Akeredolu informed that the legal luminary, Afe Babalola has intervened that they should maintain status qoe ante and a meeting has been slated for this afternoon with the chief judge of Ekiti state, justice Ayo Daramola which he expressed the belief that truce might be broken there.

The information officer, Ekiti state high court, Mr Oba when contacted in his office declined to speak on the issue and directed the reporter to the Court Registrar, Obafemi Fasanmi as the only one that can comment on the issue.

Fasanmi, in his response denied the alleged boycott of the court by the lawyers that he was not aware of such but confirmed the Friday and today's incidents.

He explained that the court could only accommodate 26 cars in the packing space and it's meant for the court officials. He equally confirmed that Afe Babalola has intervened and formed the basis of having a meeting slated for this afternoon with the lawyers and the chief judge which also, the NBA chairman, Ado Ekiti Branch, Barrister Olakunle Falade confirmed on a phone conversation and promised to get back at the end of the meeting.

Text messages sent to the lines of Mr Amba Asuquo, commissioner of police, Ekiti state and Caleb Ikechukwu, PPRO to get their views on the alleged presence of the police men at the court premises were not responded to as at the time of filling this report.
News