[Must Read]: The Unilag Crisis - Unilag Authorities Should Address The Issues Raised In Our Advertorial 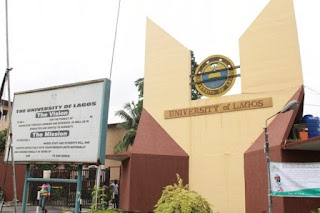 We, the Concerned Stakeholders of the University of Lagos, comprising of Concerned Old students, Staff members, Parents, et cetera, having made our findings  and concerns known in Advertorials duly signed with autentic and verifiable names, phone numbers and e-mail address of our spokespersons, in two notable media outlets recently, wish to clarify certain non-issues raised in the various evasive, dodgy and disconcerting responses of both the official responses of the University Management as put out by the Communication Unit and the unofficially sponsored write ups by a certain Mr Rasheed Ojikutu in the Guardian Newspapers and the one by Parrot Nigeria.

In the official response of the University distributed by NANS and published by many dailies, the University Management had merely urged the public to dismiss our advertorials as they do not recognize any organization, officially or unofficially known as 'Concerned Stakeholders'

To this we offer that the 'Concerned Stakeholders' is ad-hoc arrangements by staffs and students of the University who feel concerned by the grave situation in our Alma Mater.

There should be no room for impunity.

The main issue raised by Mr. Ojikutu in his write up is that the University's good brand should be protected.

He should appreciate the fact that the University Management should be held responsible for any culpability in that tegard as it had earlier gone to the Press to disseminate half truths using the ASUU  Chairman UNILAG Branch.

The very aim of our intervention is to ensure that the UNILAG brand is preserved from vandalism as a result of the perceived present gross mismanagement and refusal to cooperate with the statutorily instituted overseeing authorities of the University Council and its officials.

The write up by the Parrot Nigeria, meanwhile, as its name suggest, is to do an hatchet job of black market, junk journalism which attempted to smear the character and integrity of Council Officials, the Council itself and other members, through outright falsehood, distortion of facts and cheap blackmail just to avoid addressing the issues involved.

We therefore urge that the main issues of financial improprieties and mismanagement as raised by the Concerned Stakeholders be addressed immediately by the Council and Management in order to preserve the UNILAG brand.