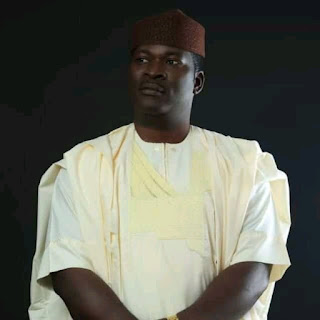 The newly inaugurated member of the House of Representatives hallow chamber of the National Assembly, representing Ekiti North Constituency 1 in Ekiti State, Peter Owolabi has reassured his people of his selfless service to the community.

Owolabi gave this assurance while giving a message of appreciation on his inauguration as member, house of Representatives recently by the Speaker of the House, Femi Gbajabiamila. 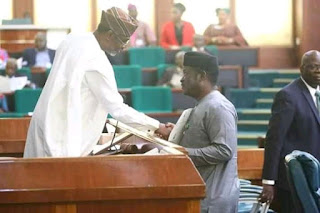 The lawyer-turned lawmaker who in his speech said, " because my word is my bond, good representation and quality service and other indices of good governance, shall form the bulwark of my activities while also acting as your servant-legislator".

He However implored them to all come together in their strides to develop the their strand as there is strength in unity. He also solicited their support and cooperation in the task of building a new and virile socio-economic environment for the common good of the people. 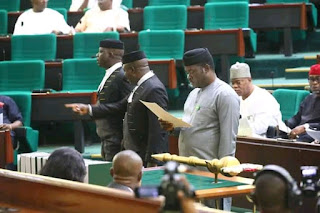 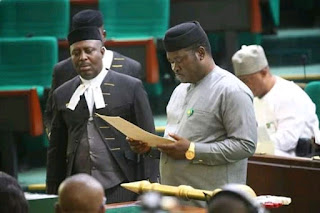 It will be recalled that the Independent National Electoral Commission, (INEC), on May 15, 2019 issued Certificate of Return to Hon Kehinde Emmanuel Agboola of the Peoples Democratic Party (PDP), as the duly elected candidate for Ekiti North Federal Constituency 1, Oye/Ikole Local Government Areas of Ekiti State.

The issuance of the certificate was in compliance with the ruling and order of a Federal High Court sitting in Abuja, which nullified the election of the candidate of the All Progressives Congress, APC, in the February 23, 2019 House of Representatives election, Mr. Peter Owolabi.

An Appeal court judgment of four days ago, however nullified the judgement of the Lower court and announced Peter Owolabi as the duly elected member of the House of Representatives representing Ekiti North Federal Constituency 1.

His full speech: "I  particularly express my immense appreciation to our dynamic leaders, the Governor of Ekiti State, His Excellency, Dr John Kayode Fayemi; his wife, Erelu Bisi Fayemi; the deputy governor, Otunba Bisi Egbeyemi; the former Governor of Ekiti State, His Excellency, Otunba Adeniyi Adebayo; former deputy governor, Prof Modupe Adelabu and other esteemed leaders for their invaluable support and meaningful leadership that have brought light to the dark political firmament of the State.

"My huge gratitude also goes to the leadership and members of the Executive Council of our great Party, the All Progressive Congress ( APC ) at the National, State and local government levels down to the Wards and Units levels for their support and great efforts in ensuring that justice is done and the mandate restored.

"Much thanks to the Speaker, House of Representatives, Rt. Hon Femi Gbajabiamila for  his sacrifices and the political sagacity exhibited which translated to my inauguration and which certainly, will positively redirect the destiny of Nigerians and Ekiti in particular.

"I am deeply indebted to the Elekole of Ikole Ekiti and Paramount Ruler of Egbe Oba Kingdom, His Royal Majesty, Oba Ajibade Fasiku and the Elekole-in-Council for their royal advice, blessings and support. Also appreciated is the impactful solidarity displayed by women, youths, students, drivers, artisans and other categories of people. As promised, I will not betray your trust".
News