Of Ekiti And Its Legislators With Human Face 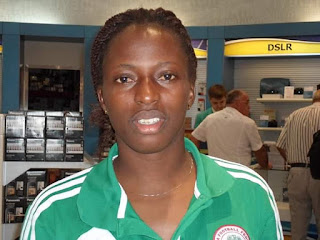 Ekiti is now becoming great with intelligent and compassionate lawmakers both at the State and National Assemblies. Gone are the days when the State Assembly was occupied by the babalawos, agberos, scavengers and orchestras.

Just last week, Hon Ademola Ojo, representing Ijero Constituency, in an emotion laden voice moved a motion that philanthropists across Ekitiland should rise to save a former national female football star, Abidemi Aluko of cancer having commended how the First Lady, Erelu Bisi Fayemi for giving her ''a large sum of money''.

The Deputy Speaker, Rt Hakeem Jamiu, then rose, not only to second Hon Ojo's motion but also to disclose that the Governor, Dr Kayode Fsyemi had already instructed the Ministry of Health to take over Aluko's matter. He went further to confirm that the ministry was already on top of it as they spoke in the hallowed Chamber. The Speaker, Rt Hon Funminiyi Afuye in his magnanimity gave more than enough time for this humanitarian debate to show that this 6th Assembly is a House with human face.

Now with yesterday's motion in the floor of the House of Representatives in far away Abuja by our ever articulate and vibrant lawyer, representing Ekiti North Constituency 1, Hon Kunle Ibrahim Olanrewaju, it simply goes to say that Ekiti did not just elect bench warmers into the State and National Assemblies. Imagine, just like the Ekiti State House of Assembly Speaker, his senior counterpart in the green chamber, Rt Hon Gbajabiamila accepted Hon Olanrewaju's motion in-toto and Abidemi Aluko's health became a nation issue, pronto!

The simple interpretation of this is that Dr Kayode Fayemi had actually looked into the future of Ekiti and Ekiti people when he was democratically chopping for  dedicated and highly cerebral candidates to take over  the various legislative arms in order to ensure a synergy in governance. Truly, here comes another level in Ekiti. No more sefia pains !
News