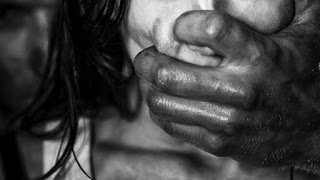 Adeyanju of No 30, Irona Quarters, Ado Ekiti, the state capital on the 10th of September, 2017 raped his daughter, which is contrary to section 358 of the criminal code law, cap c16, Law of Ekiti state, 2012. In a two count charges suit, read to accused bordering on rape and attempted rape, he pleaded not guilty.

Having called the PW123 at the initial charge, Fapohunda informed the court to call 4 and 5 PW to continue his case which was granted.

In his cross examination, the PW 4, the Olua of Ado Ekiti, Chief Kola Jegede of the Ewi in council who is also a herbalist was asked to recount his contact with the accused.

Jegede admitted that he had known Adeyanju years back when he came to his house at Falegan in company of his brother for prayer and asked them to bring some fetish ingredients.

According to Jegede, it was the following year that police brought Basiru Adeyanju and others to his house that Basiru told them (police) that what he collected after raping his daughter was brought to him which was not true.

Fapohunda called on the PW5 who, introduced himself as Dr Olasende Temitope, a medical practitioner with seven years experience particularly with Okesa police station.

Dr. Temitope under cross examination told the court that Dr Asake was his professional colleague and the victim was his patient in 2017.

The medical doctor however  informed the court that the victim was brought to him after defilement by her biological father on the 11th of September, 2017 and the medical history and investigation on her showed that she had been with her Dad since two years after her mother separated with her Dad and she experienced the first sexual intercourse from her Dad when she was 10 years old after she was given a drink by her Dad.

According to Temitope, after regaining herself back, she discovered that her pant was stained with blood under medical examination, Dr. Temitope further told the court that the outer virgina bruised, but she was HIV negative. This made the Attorney General to tender a medical report on the victim which was marked exhibit F.

Counsel to the accused, Opaleke cross examined Dr Temitope which he confirmed the date and time she was brought to him and looking at the medical report prepared on the 28 of January, 2019 and the incident which happened on the 8th of September, 2017, made the report inconclusive.

Dr Temitope quickly informed the court that medical report is always issued base on request but the medical assessment was carried on the victim on the 11th of September, 2017. The case was then adjourned to the 2nd of October, 2019 for continuation.
News