Sanwo-Olu and The Power of Religious Influence - By Ade Olufadeju 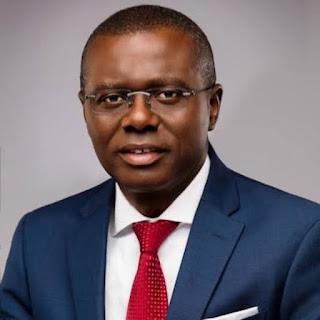 As reported in most today's dailies, Lagos governor, Babajide Sanwo-Olu has charged clerics to hype the Lagos traffic rules to members of the public.
This is what I call 'native intelligence' in governance.

Gerhard Lenski on page 331 of his book *The Religious Factor, a Sociologist’s Inquiry* , defines religion as “a system of beliefs about the nature of force(s), ultimately shaping man’s destiny, and the practices associated therewith, shared by members of a group.”

Although some have argued that religious influence should remain out of laws and out of politics in general, the basic truth is that when religion is not influential in a society or has ceased to be, the state inherits the entire burden of public morality, crime and intolerance.
It then must use punishment and police. Yet this is unsuccessful as morality, integrity and self-respect not already inherent in the individual, cannot be enforced with any great success. Only by a spiritual awareness and inculcation of the spiritual value of these attributes can they come about. There must be more reason and more emotional motivation to be moral, etc., than threat of human discipline.

I have heard people coming out boldly to give 'testimony' of where they received bank credit alerts in error and yet such claims the money, all because their cleric had preached 'to expect an uncommon gift from God'. Likewise some suicide bombers have held beliefs that in killing others and self, a reward awaits them in 'heaven'.

Since we all have one thing or the other upon which our faith (and beliefs) hang, religious leaders have a big role to play in shaping our moral values.

A society gets what it concentrates upon. By concentrating on spiritual values instead of criminality, a new dawn is certainly here in our state.