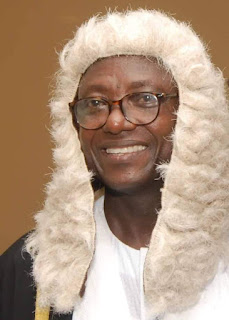 Talk of consistency, you talk of the Rt Hon Fuminiyi Afuye

Talk of honesty & loyalty, you refer to the Speaker of Ekiti House of Assembly

Little surprise this Ikere Ekiti born Constitutional lawyer has had a steady rise to power since over decade ago.

Under Dr Kayode Fayemi's first tenure as Governor, he was the Commissioner for Information, Youths & Sports

In this new dispensation, he was reelected into the House by Ikere Consistency 1 to represent them again.

Among his peers, Afuye was again unanimously elected to be the Rt Hon Speaker of the 6th Assembly.

What distinguish Afuye among his predecessors are: his experience in lawmaking, profundity in law and his leadership candour. He directs the affairs of the house with maturity and occasional jocular interjections to diffuse tensions....

Office of  the Special Adviser, Media to the Speaker of Ekiti State State House of Assembly
News