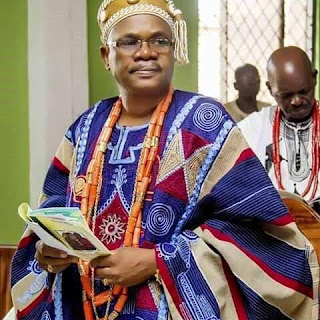 The Paramount Ruler of Okemesi Ekiti, His Royal Majesty Oba Michael Gbadebo Adedeji, the Owa Oye of Okemesi has described Okemesi as a community that can boost the Internally Generated Revenue of the State.

He made this revelation while addressing newsmen yesterday Monday, May 6, 2019 at a press briefing in His Palace in Okemesi Ekiti. He thereby call on the government at all levels to utilize the tourism potentials in the town for the benefit of mankind.

"Most world class events and festival have not been able to stand the test of time because they are either not sponsor's friendly or lack the contents that attract sponsorship. But this crowd-pulling Oladunwo cultural festival in Okemesi is worth celebrating because of it's uniqueness", he said.

Oba Adedeji who lammented that despite its glorious past, the town had not attracted necessary attention from the government in terms of socio-economic development,  mentioned that, the site of Ekiti Liberation Army war camp had long suffered serious neglect as the brave attempt by the community to turn the war camp into a museum had not enjoyed any assistance from the government at all levels.

According to him; “The war, called Kiriji War, was the longest and last civil war in Yoruba land. The war lasted for 11-years and heralded colonial rule in Nigeria because the British government that brokered the truce among the warring tribes ended up taking over the administration of the entire Yoruba land

"The war started by a young man by the name Ishola Fabunmi, a prince of Okemesi-Ekiti who resisted the excesses of residents posed by the Ibadan warlords against Ekiti land.

"The Okemesi prince instigated a rebellion against the oppressive rule of the all-powerful Ibadan war lords.

Oba Adedeji, however, lamented that while many societies honour and immortalise their heroes, little have been done to give Fabunmi his deserved honour.

Expressing his displeasure, a  former Director General of the ministry of Culture and Tourism development in Ekiti State, Prince Kayode Oni regreted that the war camp and other tourism sites in Okemesi have not attracted the attention of every any administration of governments in the State, despite frantic efforts made by the indigenes of the community to build a 'Fabunmi-House of History' for students of higher learning and other research institute.

Prince Oni, therefore, urged the state government to take it as a challenge and turn it into a tourist centre. This, he said, was enough to transform the economy of the state, if well harnessed.

He added that, “It is shameful that these heroes who fought for the unity and amalgamation of Ekiti are not being celebrated. The tourism potentials in this town alone, I mean those relics we gathered from the war-front, can turn the economy of this state around,”

He observed that tourism as a sub-sector of the economy still remains an untapped gold-mine that is capable of solving the problem of unemployment especially in Ekiti and Nigeria at large.

“Today, the only thriving industry in Ekiti in particular is politics while other sectors are neglected. The government must invest in this sector and turn around the economy of our dear state in line with the dream of the founding fathers of the state,” he said.

The national president of the Federation of Okemesi Improvement Union (FOIU), Alhaji Bayo Ajijola noted that most developmental projects embarked upon by the community have always been through self-help. He therefore urged both the state and the federal governments to compliment the efforts of the ancient town. He also expressed the determination of the community to turn the fortune of the camp around.

According to him, the Owa-Ooye-in-Council and FOIU have set up a cultural heritage and tourism development committee for that purpose.

Alhaji Ajijola who spoke through Mr Felix Ayo-Olatunji explained that, "the committee headed by one of the community leaders, has been mandated to work towards showcasing and projecting the cultural endowment potentials for tourist attraction and for socio-economic advancement of the town.”

The Vice Chairman of the Okemesi heritage cultural committee, Hon Sunday Ajibade Owolabi also said that most of the developmental projects in Okemesi-Ekiti are executed through communal efforts.

The former member of Ekiti House of Assembly called on well-meaning Nigerians to assist Okemesi community, saying; ”We are soliciting their financial support for execution of some of our projects which include renovation and completion of Ekiti Parapo Resort Centre/War Museum site at Ita Balogun area, Okemesi-Ekiti, projection of all culture and tourism-related attractions in Okemesi and the celebration of Okemesi Heritage Festival 2019.

He stated further that the community was also planning to have the celebration of Ekiti Parapo Remembrance Day and establishment of Amusement Park at the historic Ekiti Parapo Museum and other notable sites in the community.
Entertainment Job Opportunity News 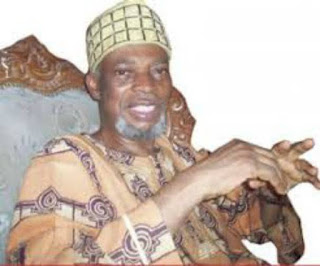 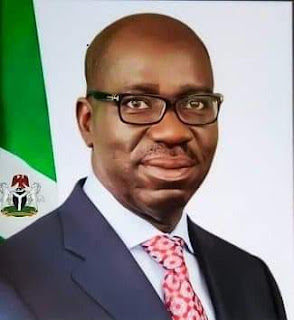