Fayemi vs Oni: APC Felicitates With Fayemi Over Victory. 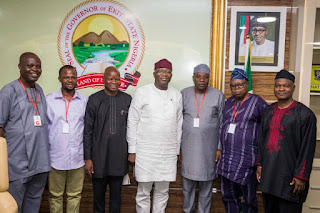 The All Progressives Congress In the south west zone has felicitated with the governor of Ekiti State, Kayode Fayemi, on his victory at the Supreme Court of Nigeria over the eligibility suit filed against him by Segun Oni.

The leadership however celebrated the governor over his sterling performance since he assumed office about six months ago. The Zonal leaders commended the Governor for the unprecedented electoral feat achieved during the last elections as Ekiti state came first in the south west in all the elections. 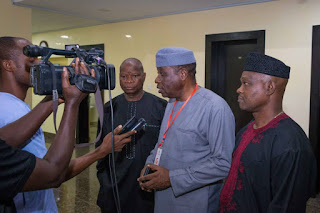 The Zonal executive members were impressed with the strength and stability of All Progressives' Congress (APC) in the state.