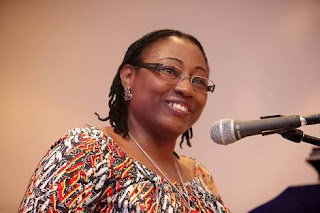 Wife of Ekiti State Governor, Erelu Bisi Fayemi, has won the 2018 Zik Leadership Prize for humanitarian Leadership. This was disclosed by the organisers of the annual Prize in Lagos during the week.

Other winners of the 2018 Zik prize in leadership as announced by the organisers, include former Ghanaian President, John Mahama, immediate past national chairman of the All Progressives Congress (APC), Chief John Odigie- Oyegun, who won in the political leadership category.

The Zik Prize in Leadership Awards was instituted 25 years ago in honour of the late Dr Nnamdi Azikiwe, the first President of Nigeria.  It was set up, among other things, to encourage and nurture leadership on the African Continent and in the Diaspora.

Announcing the winners at a news conference in Lagos, executive Secretary of the Public Policy Research and Analysis Centre (PPRAC), Prince Emeka Obasi and a member of the advisory board of the Centre, Prof Pat Utomi, disclosed that the winners were carefully selected after an exhaustive appraisal of nominees in the various award categories.

Prof Utomi described Erelu Bisi Adeleye-Fayemi as a reputable feminist activist, Gender Specialist, Social Entrepreneur, Policy Advocate and Writer, who has devoted her time, talent and resources to the promotion and defence of rights of women and the girl child.

“Erelu Fayemi co-founded the African Women Development Fund (AWDF) – the first Africa wide grant making foundation for women and chairs the program committee of the Global Fund for Women, USA, and has remained at the fore front of the economic empowerment of women as a platform for sustainable socio-economic development of the African continent.”

She is until recently, a UN Women Nigeria Senior Advisor, and is a Visiting Senior Research Fellow at the Africa Leadership Centre, King’s College, London.

The Ekiti State First Lady is the author of ‘Speaking for Myself’: Perspectives on Social, Political and Feminist Activism in Africa (2013), ‘Speaking above a Whisper’, (2013) an autobiography and ‘Loud Whispers’ (2017). She also co-edited ‘Voice, Power and Soul’, with Jessica Horn (2008) a compilation of images and stories of African Feminists.

The Prize will be awarded at a ceremony scheduled for May, the organisers added.
News