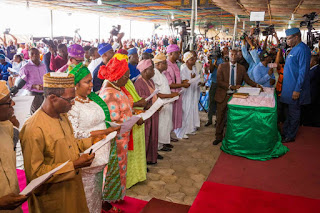 Governor of Ekiti State, Kayode Fayemi has today, Tuesday April 9, 2019 told the newly inaugurated Commissioners to be accessible to the people just as he announced their various portfolios.

He made the statement at the inauguration at the Osuntokun Pavilion, Government House grounds in Ado-Ekiti, where bigwigs in the State as well as well wishers gathered to celebrate with the newly inaugurated commissioners and Special Advisers.

The governor in his address thanked the people of Ekiti State for the support, understanding and encouragement given to his government so far.

"Today signifies the commencement and operation of a full-fledged State Executive Council of this administration.

"I thank you all for your support, understanding and encouragement for this government. The moderate, but feasible and highly impactful successes so far recorded could not have been possible without the cooperation of Ekiti people.

"Commissioners and Advisers are the creation of our constitution. Their role is to assist the Governor on delivery of his promises to the people. The Commissioners that we are about to inaugurate today were chosen after careful and extensive consultation with their respective constituencies and Local Government Areas (LGA). They all have traceable heritage and track records of dedicated service to the party and the community.

"You were chosen by your people because they believe in you. You are now their representatives in the government and equally the ambassadors of the government in your respective constituencies and Local Government Areas. You should relate with your people and make yourselves accessible even more than before.

"This administration got into power on the strength of the people’s trust that we would judiciously spend the State’s resources entrusted in our care. Let me, therefore, reiterate it that this government is committed to transparency in governance and therefore will not tolerate any act that is in breach of the accord that we signed with Ekiti people when they freely elected us to pilot the affairs of this State once again.

"This is a government of restoration. You are expected to key into the programmes and agenda of the government in line with the five (5) pillars of this administration. Namely: Governance, Social Investment, Knowledge Economy, Infrastructural and Industrial Development, and Agriculture and Rural Development. In your respective offices, get yourselves accustomed to government programmes, agenda and focus, and position yourself in the driver’s seat. In this regard, a familiarization induction programme has been planned, at the end of which performance agreement will be entered into between the Governor and respective Commissioners and Advisers.

"You were favoured among several other eminently qualified individuals. You should therefore see your appointment as a call to service. This is an opportunity for you to write your name in gold as a valuable member of Ekiti restoration team. Do your best to justify the confidence reposed in you by your people and this government.

"While government will endeavour to satisfy our political appointees in accordance with the provisions of the RMAFC as it affects the remuneration of political office holders, let me stress that you all must avoid exaggerated expectations of political office as a vehicle for personal enrichment. The truth is that Ekiti has limited resources and we will be extremely prudent in its utilization.

"However, for those who are accustomed to grumbling about inadequate financial gain, let me also stress that we won’t hesitate to ask for your resignation if you are unhappy that we are expending the resources available mainly on Ekiti people, and not on political office holders.

"Ekiti-kete, we are not unmindful of the contribution of every one of you to the process that led to the victory that brought us into office and the stability we are all witnessing and enjoying today. In all humility, I want to remind you that not all of us can be appointed into the government. However, be assured that all of us will surely feel the impact of this government in many positive ways.

"Fellow Compatriots, for the umpteenth time, I thank you all for your support and cooperation, especially for voting massively for the All Progressives Congress’s candidates across board in the last elections. You have challenged us ‘once again’ with your votes, be assured of our determination and commitment to justifying the confidence reposed in us as a political party and government" Fayemi said. 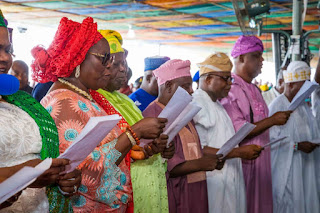 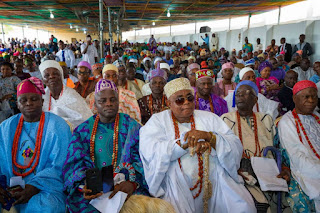 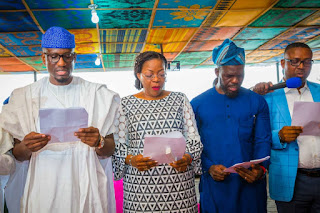 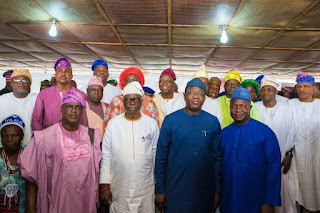 He however announced the names and portfolios of the commissioners and urged them to put in their best as there would be close monitoring on their activities to ensure they perform to the best of their ability and to the benefit of the people.

The announcement of these commissioners came in after four months of announcing two commissioners in the Justice and Finance Ministries respectively.

Below are names, portfolios and Local Government Areas of all the commissioners; 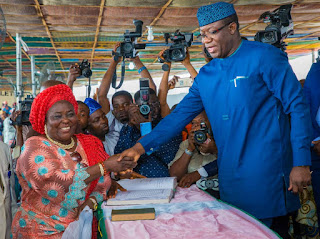 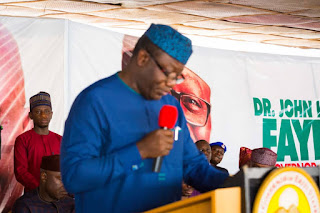