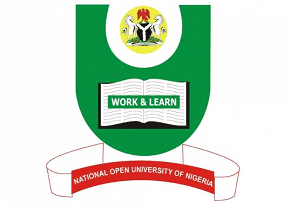 The newly-amended act governing the National Open University of Nigeria (NOUN) has removed the barrier hindering its graduates from participating in the National Youth Service Corp (NYSC) and Nigeria Law School.

The amended Act which was signed into law by President Muhammadu Buhari on December 1, 2018, and was gazetted recently is titled “National Open University (Amendment) Act, 2018.”

The Vice-Chancellor of NOUN, Prof Abdalla Adamu, who disclosed this on Thursday during the 54the meeting of the Governing Council in Lagos, said the amendment of the act now empowers the management of the university to mobilise its graduates for NYSC and the Nigerian Law School.

Prof Abdalla Adamu said with the gazetting of the amended act, the university management would approach NYSC and Council of Legal Education for negotiation on the two issues.

The VC also disclosed that NOUN would matriculate over 17, 000 students nationwide and used the opportunity to clear the air on the status of its admission via the Joint Admissions and Matriculation Board.

Prof Okebukola said the amended act would provide legitimacy to the university as a full-time open and distance learning institution and with a population of 516,000 students, its target is to hit the one million mark in no distance future.

His words: “The Council of NOUN extended its gratitude to the Federal government, under the leadership of President Muhammad Buhari for signing the NOUN Amendment Act which has recently been gazetted and published on 3rd December 2018, as National Open University (Amendment) Act, 2018.

‘’With this recognition, NOUN is placed at par with all recognised universities in Nigeria under the various acts that amended the provision of higher education in Nigerian universities. This further strengthens the university to provide open and distance learning opportunities to millions of Nigerians who otherwise would not have been given such opportunities in ‘closed’ universities due to one difficult circumstance or other.”

According to him, the council also lauded the Minister of Education, Mallam Adamu Adamu, on the success achieved in the implementation of the 2016-2019 Ministerial Strategic Plan especially relating to the pillar of access.

Okebukola disclosed that in the last two years, NOUN had significantly increased enrolment and on the march to attaining the one-million enrolment target by 2023 as provided in the 2019-2023 Revitalisation Agenda for the Nigerian University System developed by NUC under Prof Abubakar, Adamu Rasheed as executive secretary.

He stated that the council endorsed the plan to improve the quality of NOUN graduates to be the best in Africa in programmes to be selected in phases so that all programmes are covered in the quality-enhancement drive by 2025.

Prof Okebukola said the council approved March 22 and 23 for the 2019 convocation activities for graduating over 18,000 students.
News