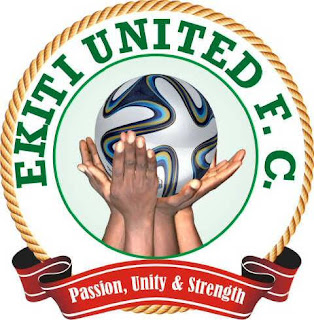 The Ekiti State government has rebranded the state-owned Ekiti United Football Club with a charge to the people of the state to support the team to greatness.

The Governor, Dr. Kayode Fayemi, said his administration will support the club with funds, manpower and materials to succeed in the National League.

The governor said his administration will invest in sports development to empower the youths and invest in human capital development.

Fayemi spoke on Monday at the official unveiling of the rebranded Ekiti United Football Club held at the Oluyemi Kayode Stadium, Ado-Ekiti, the state capital.

Fayemi, who was represented by the Deputy Governor, Otunba Bisi Egbeyemi, described sports as a big industry that has the capacity to provide careers for the young generation.

He said the rebranding of Ekiti United marked a turning point in the desire of his administration to takes its pride of place in sports development especially football.

Describing football as a unifying factor in the country, Fayemi said Ekiti United also provides a platform for the vibrant youths in the state to showcase their talents.

The governor said his administration will not rest on its oars until Ekiti United is promoted to the Nigerian Professional Football League to compete with the best clubs in the country.

Fayemi urged the people of the state to identify with Ekiti United by wearing the jerseys and other souvenirs that carry the name and logo of the club.

This, he said, will popularise the club as a prominent brand and create awareness about the rebranding. 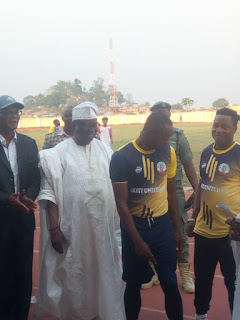 He expressed optimism that Ekiti United will produce many players for the national teams of Nigeria.
The new coach of the team, Ademola Agbana, was also unveiled at the ceremony while dignitaries including the Oluyin of Iyin-Ekiti, Oba Ademola Ajakaye also launched the new kits.

Players of the club also modelled the new kits at the ceremony to the admiration of fans who thronged the stadium to be part of the show.

As part of activities to mark the unveiling, a friendly match was played between Ekiti United and Shooting Stars Sports Club (3SC) of Ibadan which ended goalless.
News Sport