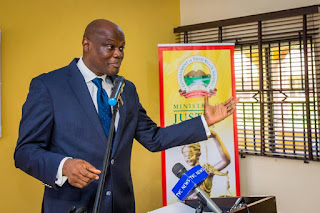 
Ekiti State Government has announced through the State's Attorney General and Commissioner for Justice, Olawale Fapohunda, that it will shame sexual offenders and publish their names on the government's website.

Fapohunda made this announcement today, Monday, March 18, 2019, during a press conference at the Ministry of Justice Academy, where he read out additional measures to be taken by the State government to curb sexual violence in the State. 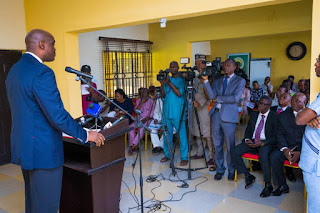 According to the release made available to pressmen at the conference, in furtherance to the inclusion of offenders names on the Sex Offenders' Register, additional measures to be taken  are:

1) Pasting the  photographs of convicted sex offenders in prominent public spaces  in their communities and their Local Government Headquarters;

2) Issuing an advisory to the traditional ruler of the  sex offender's community on the status of the offender;

3) Uploading the Sex Offenders photograph on the website of the Ministry of Justice;

4) Showing photographs of Sex offenders on Ekiti State Broadcasting Service and announcing their names on Radio Stations in the State;

Reacting to questions from newsmen, the Attorney General maintained that the action taken by the State Government was in line with the 1999 Constitution of Nigeria and that any suspected or convicted offender who believes that his constitutional right was being tampered with could go to court.

He also said, "in the case where the offender is not from Ekiti State, we now have a strong social media space. The offender's name and pictures will be published on the Ministry of Justice's website and by so doing, it becomes a national and international knowledge".

Fapohunda however added that the aforementioned measures affirmed the State Government's Zero Tolerance Policy for all forms of sexual violence in the State. 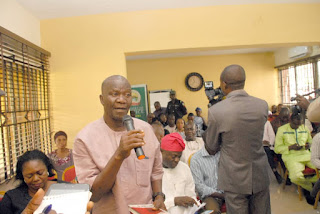 "They will complement the existing sex offenders' register in which the full details of sex offenders are recorded and available for public consumption.

"These measures are in response to the State Government's concern about the increase in sexual offences in the State. 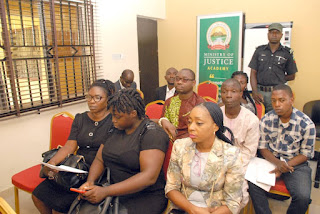 "For the avoidance of doubt, these measures relate to sexual offences such as rape, child sexual abuse, sexual assault, and related offences.