An Islamic Cleric, Alhaji Abdur-Raheem Arikewuyo, popularity known as Awiye Adinni of Ekiti State has urged politicians to be of good characters and always remember that the seats they occupy is permanent.


He made this statement yesterday at the Ekiti State Government New Year interdenominational service, which was held at the Osuntokun Pavilion, Government House Grounds, Ado-Ekiti, the State Capital.

The Cleric, who was the second preacher at the service, admonished government officials and appointees not to see their positions as avenues to be proud and feel superior to their fellow people as those that were in governement yesterday were no more there today.


"Do not because you are now a government appointee, refuse to pick people's call and wind up all the windows to your cars, even God who is the almighty, we call him and he answers", he said.


"We can't continue the way we have been doing, Ekiti Must wear a new look. You politicians do not have problems, the problems are with the civil servants. We are the ones who will tell politicians how it is bieng done, this is where the money is."

"This year is a year to lay a solid foundation for where we are going. We should make this state a model. Let us give this state a new name. The governor should also be a good shepherd and not lead the state astray. Irrespective of our political differences. You are the Shepherd and we are your sheep", he said.

The cleric however lauded the governor's prompt payment of workers salaries and encouraged him to do more.

In his closing remarks, the governor who was represented by his deputy, Otunba Bisi Egbeyemi solicited for the supports of the people of Ekiti State and explained that the government was sacrificing a lot of things to make payments of the salaries of the workers a priority.

"The security of the state is also very important to us, so we need you to help us by reporting any security threat in your environment, because the kidnappers and the robbers are among us", he said

The service was attended by the wife of the governor, Erelu Bisi Fayemi, the wife of the deputy governor who read the sermon, the wife of the Deputy Governor, Chief Mrs Margret Egbeyemi, the speaker of Ekiti State House of Assembly, Rt Hon Adeniran Alagbada, the Chairman of the Traditional Council, Oloye of Oye Oba Michael Ademolaju, the Ewi of Ado, Oba Rufus Adejugbe,several traditional rulers in the State. Others are; The Chief of Staff Biodun Omoleye, The Secretary to the State Government Biodun Oyebanji, the Chief Press Secretary, Mr Yinka Oyebode, Senior Special Assistant to the Governor on Communication, Mr Segun Dipe, Publisher of Fountain Newsbreaker, Akogun Tai Oguntayo


Members of the State House of Assembly, Permanent Secretaries, General Managers and Executive Secretaries, political and religious leaders, executives and members of all market associations and all civil servants were all in attendance. 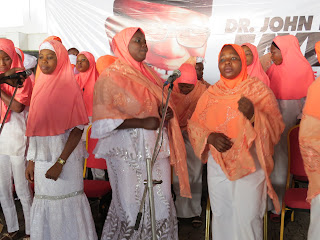 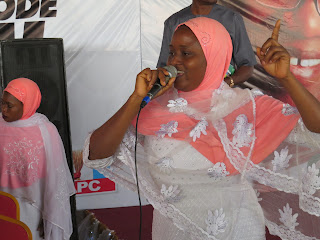 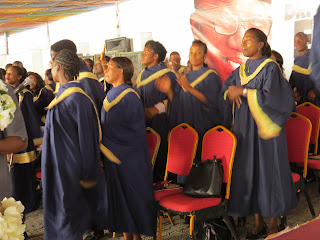