January 15: A Precursor Of Neo-Democratic Era In Ekiti State - By Toyin Babalola 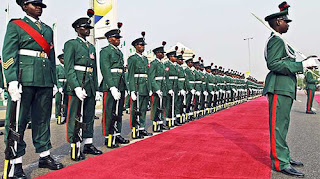 The civil war pogrom that plunged the country into warzone cannot  be forgotten in a hurry in the minds of sane individuals who were alive to witness it. Those who were born aftermath got the episodes via history and knowledge transfer method. To many, war is a great disaster that can be avoidable as long as all system is working effectively in a well coordinated sphere.

Since the military incursion, concerned Nigerians have strived to returned power to the civilians "perhaps" we must have learnt our lessons in a very hard way which triggered afterwards a speedy reaction for a great change. But the antagonists of the war were helpless as all entities working for the Government of the country was rebuffed by the enemies of the country who never see good in the process of sustaining democracy through the usage of democratic tools to stabilize the entire country. All discerning minds would agree that the progress of democracy which is the people's oriented government that characterizes the country along executive, judiciary and more importantly legislative arms of government remains the best that could have upheld the unity of the country without fail.

After the war and series of military  interference in governance, what was left is to reunite the country using available instruments of state even as it's a general believe that any nation characterized with mistrust, disloyalty and unpatriotic spirits would always be retrogressive. Legislature therefore is the lasting hope of the restoration of democracy and sanity into the ideal thinking abilities of Nigeria and Nigerians in the wake of various realities. It should be noted that Nigeria is a multicultural environment where her people are generally sensitive to slightest bit of difficulties and may result to violence if not adequately addressed.

The labour of our heroes in keeping Nigeria as one and the aftermath of restoration of hope to Nigerians remained gratified and should be studied on daily basis not only for the present day generation but the coming generations. How can they get familiar with series of events that have happened in the past without history?

Among other issues that led to the restoration of democracy is the rejuvenation of equality and fairness. Evidently, the process of self rule will effectively allow citizens to flourish and spur the confidence in many to stay patriotic and committed to project Nigeria locally and most essentially internationally.

The restoration of constitutional guidelines became the biggest assets to citizens as this however is the only means through the rights of citizens, the limits, and how redress sought in court of law can be upheld. The federal character is a similar approach that the democratic system will give birth to a natural form of unity and peaceful coexistence not minding the challenges we collectively fight together.

Ekiti state has been a haven of hope of good governance especially with her growing prominence as center of knowledge in pre-creation era. For this legacy has rapidly assisted Ekiti to utilize the opportunities embedded in the restoration of democracy to pursue a decent state that prioritize the interest of her people. The existing joy in Ekiti State, (the land of honour) is sequel to the harmonious fight for one Nigeria, restoration of democracy and revitalization of our legislative institution which is undoubtedly steps needed to be taken before the hope of better Ekiti can be actualized in tandem.

Beyond the restoration of democracy lies a coordinated environment for its sustainability in the wake of various challenges that may emanate. The legislative institution in the state is aware that the welfare of the people is  dependant on the activities of the legislators as their actions or inactions will affect the lives of people both positively or otherwise.

The present leadership of the legislative arm of government truly understands the pedagogy of legislation which has manifested in the lives of the people of Ekiti positively within the shortest period of the emergence of the Speaker, Rt Hon Adeniran Alagbada. The leadership of the state house of assembly has since its emergence commenced a full scale restoration of normalcy back to the state by ensuring that any form of anti democratic process is rebuffed.

It is of importance to stressed that a good legislation is a consequential effects of smooth interplay between the executive and the legislature as well as other tier of government. To restore sanity,  our democratic process implies the tiers of government will be well familiar with their duties without one hindering the other in the sole interest of social engineering and improvement.

The lessons learnt from the 1967 civil war should remain in our minds that only effective legislation can help prevent the country from such mishap again. How can this play out is the aftermath of our love for a working system that only focuses on renewing the trust reposed in her by the people.

As one of the renewed covenants discovered after the county nearly disintegrate, is the power in unity. The unity of Ekiti should therefore be the sole objective after reclaiming our lost glory from those ready to desecrate our hard fought democracy through unwholesome acts. The state is working as expected but will require full synergy at all ends to truly preach the principles of oneness, democracy and good governance.

Toyin Babalola is the Special Assistant Media to the Speaker Ekiti State House of Assembly and he writes in remembrance of our fallen heroes.
Entertainment News