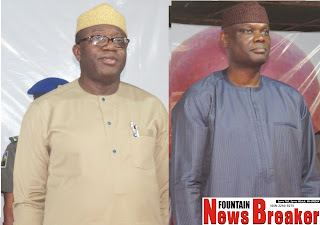 According to the Attorney-General of the State, Olawale Fapohunda, the main objectives of this Bill  are:

(a) To reform and modernize the laws, practice, procedure and processes relating to the resolution of civil disputes and  proceedings in the High Court of the State;

(b) to simplify the language relating to civil procedure;

(c)  to facilitate the just, efficient, timely and cost-effective resolution of the real issues in dispute in the conduct of Civil proceedings.

Fapohunda said this was an important step in removing obstacles to doing business in the State. He said the Fayemi administration will continue to review and reform its laws to make them relevant to the socio economic development of Ekiti State.

By this development, Ekiti State becomes the first state in Nigeria to consider the enactment of a Law that will introduce far reaching reforms in the Administration of Civil Justice.

It will be recalled that it was during the first tenure of Dr. Kayode Fayemi as Governor of Ekiti State, that the State became the second State in the federation to enact the Administration of Criminal Justice Law.
News