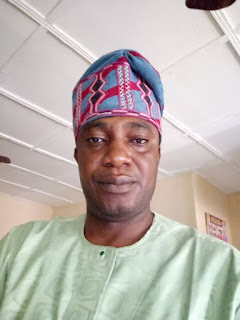 As Nigerians enter into a new year, the Deputy Speaker of Ekiti State House of Assembly, Mr Olusegun Adewumi has advised the people to be resolute in stabilising the polity and economy of the country.

In a new year message signed  by his Media Assistant, Mr Charles Akinola  the Deputy Speaker described 2019 as a very deciding year for the country.

He said the presidential election holding early in the  year was a litmus test for the capacity and readiness of Nigerians to deepen democratic conduct and good governance.

According to Mr Adewumi, " the elite must show commitment to democratic ethos by allowing the people to freely bestow in whomever they desired, while citizens must also prove that sovereignty rests in them by resisting vote buying and other monetisation of the electoral process that could submerge their will"

The Legislator charged leading presidential candidates to take a cue from former President Good luck Jonathan's rare display of statesmanship during the 2015 elections as he readily conceded defeat before the announcement of final results by Independent National Electoral Commission.

The Deputy Speaker called on the electoral umpire to live above board and lead the way in the steady growth of strategic institutions in Nigeria and the West Africa subregion.

Mr Adewumi who commended the leading countries in the international community for their roles in the recent elections in Ekiti and Osun states also reminded them that "the Presidential and National Assembly elections are crucial as they  signpost Nigeria's role and image in the Africa democratisation process.

To this end, he urged them not only to fund election monitoring in the country, but impose a caveat on any attempt of the ruling class to subvert the will of the people.

The Ekiti Assembly Deputy Speaker further condemned the carnage in Zamfara State and the spate of criminality pervading other parts of the country, urging governments to take decisive step to protect the lives and property of Nigerians as enshrined in section 14 of the constitution.

He also has a word for the Ekiti State Government saying, "it must prove to the people what it could do things differently in order to win their trust  rather than continue to hide under the blame of its predecessor"
News