The Attorney General and commissioner for Justice in Ekiti State, Olawale Fapohunda has hosted party leaders from all towns in Ekiti West Local Government area of the state.

The commissioner who hosted,  party elders, Ward Chairmen, Secretaries,  Women Leaders, Youth Leaders, Chairman and Secretaries of the Local Government today, Saturday 4th of January, 2019 at his Odoba resident in Okemesi Ekiti, said it was a strategy planning meeting for the upcoming February 2019 Elections.


The meeting which was attended by notable leaders in the All Progressives Congress (APC) in the State had in attendance, the State Chairman of the party, Hon Paul Omotoso, the Secretary to the State Government, Biodun Oyebanji, the Chief of Staff,  Biodun Omoleye and several leaders of the party from the local government.

The State Chairman in his address welcomed everyone to the meeting and congratulated them on the emergence of Kayode Fayemi as governor of Ekiti. According to him, " the last 4 years was not it, and I also thank the governor for the appointments made from this local government and I believe  more are still coming from Ekiti West Local Government if we can impress him with our votes". 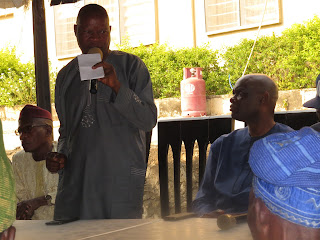 "Even though there were a lot of grumbling concerning zoning of appointments but no one can fault the  appointments of the CPS, AG, SSG and Chief of Staff as they are round pegs in round holes", he said.

"Even though many were said not to be JKF supporters during the primaries, after the primaries we all worked together. So the governor is not saying some people were not on his side during the primary, he is ready to work with everyone. There are enough spaces and everyone will be fixed", he said.

The chairman called on each ward chairman present at the meeting and appealed that they worked with everyone in their wards, especially the aggrieved ones, he also tasked them to talk to people from other parties.

"PDP Is dead in Nigeria, Atiku has failed already, anyone that said he benefited well under 4 years rule of PDP in Ekiti is lying APC is the right party.

"Since Fayemi came, he had been living up to expectations, they said he was coming to sack teachers, instead these teachers are even enjoying more under his government

The party chairman who tasked members on house to house mobilization urged them to put party first as any APC candidate was better and would perform better than candidates from the People's Democratic Party (PDP).

Barrister Busuyi Ayorinde from Ipole Ekiti reacting to  the chairman's address, urged members not to be more Catholic than the Pope by delivering messages they have not been sent to people in their constituencies as the present government in Ekiti was for all.

Also reacting to the chairman's address, APC Local Government in Ekiti West, Mr Aladeloye pleaded that the government should invest in the people, especially the party members. He was of the opinion that many party members who were dealt with during Fayose's adminstration were still suffering.

The Secretary to the State Government, Mr Biodun Oyebanji in his address urged members of the local government to vote massively for president Muhammad Buhari in the forthcoming February 16 election. He said, this election is an election of fate.

He thanked the Attorney General, Wale Fapohunda for organizing such a remarkable event and urged him to be consistent in it.

The Chief of Staff, Mr Biodun Omoleye also came up and sent the greetings of the governor, he said the governor acknowledged the fact that Ekiti West Local Government have taken the first place role by kick starting party mobilization for the 2019 elections.

Omoleye said the previous election was just the starting point as this forthcoming election is a major election for the party in Ekiti State.

"Very soon, the presidential campaign committee members in Ekiti will be unveiled. At the state's level, Ekiti west is held in high esteem.

"We must also once again thank the AG, Wale Fapohunda, SSG, CPS and others who are working closely with them, for setting the pace, we believe other local governments will follow suit", he said.

The Attorney General, Wale Fapohunda while addressing the gathering thanked the party chairman, the SSG, the Chief of Staff and everyone present at the occasion for coming, he however thanked the men and women in Okemesi for their support over time.

The Commissioner called on some party leaders from Okemesi and Ido Ile for short speeches. Among them are the Senatorial women leader, Alhaja Tunrayo Adesina and Akogun Tai Oguntayo, who thanked party leaders from the State for coming down to Okemesi Ekiti and promised that all the candidates of the APC in both the State and Federal elections would emerge, come February and March 2019.


The Occasion In Pix 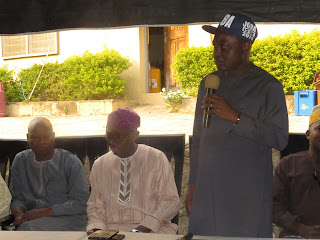 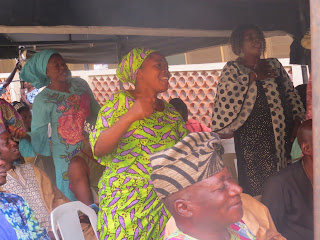 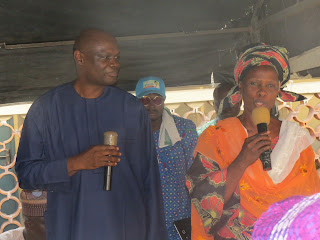 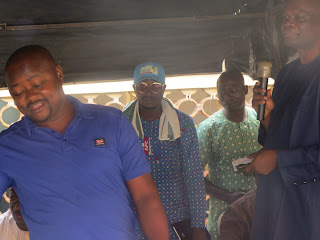 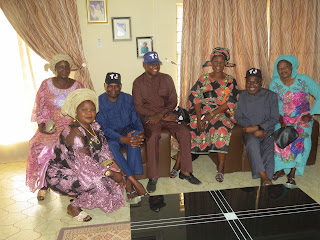 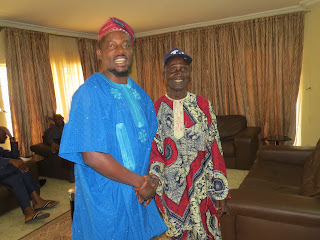 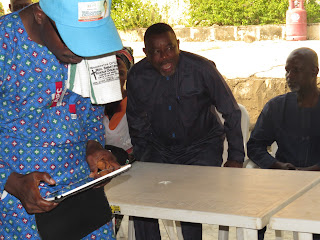 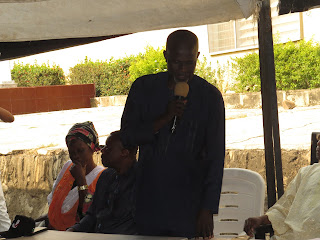