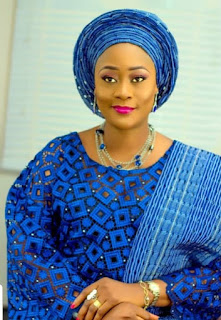 Candidate of the All progressives Congress (APC) for House of Assembly in Gbonyin constituency, Princes Teju Okuyiga has expressed deep sadness over the unfortunate accident that occurred at the Iworoko market on Saturday.

Princess Okuyiga in a statement in Ado Ekiti described the incident as a monumental loss said, "My heart bleeds heavily for victims of the incident, I couldn't hold my tears when I heard about the accident.

"This is certainly a tragedy that we never prayed for, no one could have expected such an accident".

The Assembly hopeful who was disturbed and depressed  by the news of the incident however commiserated with families of the victims,  the Alaworoko of Iworoko Ekiti and the management of the Ekiti State University and prayed that God grant them the fortitude to bear the irreparable loss.

Princess Okuyiga thereby appealed to motorists to be conscious when behind the wheel and shun reckless driving, as such careless drivers would be prosecuted to the letter of the law, if found negligent.
Entertainment News