A New Way Of Doing It By Sen Babafemi Ojudu 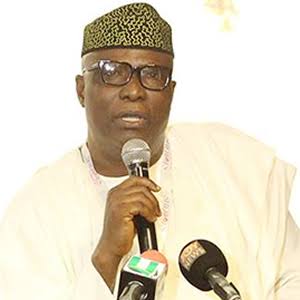 Some days ago on my Facebook page I published a joke made of PDP that was forwarded to me by a friend.

The joke had indicated thus:

“ this is PDP’s most quiet electioneering process since 1999"

and that if we

“ take away the CBN vault from PDP they are reduced to Labour Party”.

I laughed and laughed when I received it and could not resist sharing it with friends.

Jokes apart and talking seriously, I think we politicians should from time to time review our act and look at a different way of doing things.

A different approach of campaigning and reaching out to our constituents is necessary for us to preserve what is left of our political integrity.

Since 1999, I have been involved with several campaigns in Lagos, Ekiti , Osun, many other states tangentially as well as  at the Federal level.

Have these campaigns been expensive?

They are indeed bankrupting.

Several days before going to a location for campaign to seek endorsements to serve mobilization money is sent, Ankara, T-shirts , face caps are printed, vehicles are hired. Cows are purchased and caterers hired. Podiums are commissioned at exorbitant cost and public address systems are procured at a cost that is terrifying.

When you get to the rallies the faces you see are the same you have always seen.

We end up talking to ourselves. But for perception it has always been of no use. No new converts are gained. Messages and enunciation of manifesto takes a back stage. We dance and dance and sing ourselves hoarse. Thereafter money is shared. Huge ones at that. Just learnt a popular northern politician got mad with his candidate after getting a cold shoulder for bringing a bill of N1.5 billion for a day’s rally.

For this and many more elections in Nigeria have become pay day for politician. The people have got so used to money politics and they won’t attend rallies if they are not mobilized. To go out with a candidate on a campaign rally you provide food. When you return they eat and take money just because someone want to serve. It has gotten so bad that they now seek to be paid before they vote.
My grandmother Rabiatu Arigbabuowo Ojudu on her death bed handed over to me a bundle of receipts of a weekly contribution she made to her party Action Group in the 1950s and 60s. She told me “keep those receipts because your children may want to enjoy free education and the government of our party will ask for. That was 1995  when she was about  96 and several years after Action Group was defunct.
I remember seeing at a time my dad’s membership card of the Zikist Movement on which his weekly contribution to the youth group of NCNC was entered.


No party member contribute any longer. They are always sharing. Manifestoes and party programs means nothing to them. It has become sa ban mu ( just let me have the money)

The politician has to borrow, sell his property or steal to campaign and run for public office. When you are elected you still need more to continue to enjoy your party’s good will. Trailer loads of rice, rams and turkey, several cartons of wine and champagne not talk of school fees of meme era children you have to pay. The many naming ceremonies you have to sponsor. The many  houses you have to provide money to roof and several other commitments that need not be that of an office holder. I remember the first January Asiwaju Bola Ahmed Tinubu left power as governor of Lagos. He called me to help get someone design a calendar for the year to give out to politicians. I contacted Olumide Ojo, a bright graphic artist to come up with a concept which we presented to him. He was ecstatic. This is beautiful. Go ahead and print he said . Before we could finish crossing the 3rd Mainland Bridge from his Island residence to my office on the mainland he called me. “ Femi on second thought I think you should stop action on the calendar project”. “What is the problem Asiwaju “, I asked. “ I am about causing trouble for myself again”, he said. “ Before you know it the politicians will start asking for money to buy the nails to hang it in their homes”, This was a rib cracking one. I laughed and that was the end of it.

Public office holders spend and spend without end. No one ask where the money is coming from. When people talk of huge allowances Senators earn I tell myself how I wish they know where the shoe pinches. As the money comes in so does it goes out.

They share money to all but at the end it is they they and members of their family that face the consequences , the ridicules and the humiliation when arrested and tried for stealing government money.

When the people take the immediate gratification they do not know that they are the ultimate losers. It is the money meant for schools, to equip hospitals, to provide roads and assist farmers and the poor that is shared to them to prepare a pot soup as the slogan in Ekiti State at the last elections demonstrated : gbowo ko se obe ( take the money and cook a pot of soup). What will a pot of soup do in the life of the electorates . Some because of a bag of rice can betray their mother.

Buhari and Osinbajo has however devised an ingenious means of reaching out to the people particularly majority who ordinarily will not be bused to rallies.

The new way of doing things is to take the message to them in their comfort zones.

We call it Street Walk, Home Visit and Market Outreach.

Has this been effective ? The PDP will be in a position to answer. They are so riled by it that they have resorted to blackmails and lies to counter Vice President Osinbajo.

Has it been expensive? No it has been done across the country with little or no cost.

As a matter of fact in some places the people have ended contributing money to the cause. I remember my  visit to Ugheli in Delta State with Osinbajo . Hardly have we sat down to address the gathering in the community hall when the people started an open contribution.

By the time they were through, more than a million naira had been raised for the campaign. I have never never witnessed such before. The tradition had been when you pay  that kind of visit you envelope or carry
“ Ghana Must Go” bags loaded with money for the Kings, the chiefs, women groups, youths and party elders.

In rural Ugboho, the youths shouting Sai Baba and Osinbajo Next Level put money together and supplied cold drinks and water for our party.


They said necessity is the mother of invention. Since Buhari has declared to the rest of the world that he will not dip his hand in the public till to pull out money for the campaign, every patriot has come to make contributions in drops of water that may soon become an ocean.

It has been working.

Race back to this time in 2015 the then President Goodluck Jonathan, desperate to win, had sent out notes to the Central Bank of Nigeria, (CBN) to provide money.

There was a particular day almost a quarter of a billion dollars was taken out of the CBN to be shared.

Within a period of two weeks, billions of naira were withdrawn for the purpose of elections.

Money was awash everywhere. Directors General and Managing Directors of Departments and Agencies were given hundreds of thousands of dollars to go home and work to see the President win. Money voted for military equipment amounting to close $3 billion dollars was shared to party chiefs and their accomplices in the mosques, on pulpits and media houses . Babalawo’s fortune tellers too had a field day.

N700 billion naira was spent on Sure- P  to mobilize the youths for the elections and fewer youths could be pointed to who  benefited.

When I first got details of the huge sum being withdrawn from CBN then from a patriotic source within the organisation I ran to Asiwaju Bola Ahmed Tinubu to alert him. He found it difficult to believe. Even my assurance that my source was infallible could not convince him until Buhari became President and the fact came out stark naked.

So, there is clearly a difference. This election shall come and go with no dime taken out of government till and this is simply because President Buhari and his Vice President have chosen to do things differently.
Whatever money is spent by government on the elections will be money budgeted for INEC logistics for which the National Assembly has an oversight on . This is an inestimable contribution to quality leadership, transparency and the surest path to the emergence of credible leadership in Nigeria.