I Was Still Paying Tithes While Preaching Against It – Daddy Freeze 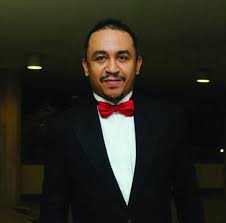 Religious critic and a social media influencer, Daddy Freeze has revealed that while he was preaching against paying tithes on social media, he was paying it in reality.

He made this revelation in an interview with Linda Ikeji TV host, Hero Daniels, where he admitted that he was not practising what he preached until about a month ago.

He was asked, ‘when did you become absolutely certain about not paying tithes?" and he responded saying, "about a month before I came on Linda Ikeji. Let me be honest, I was still paying tithe when I started my ministry on social media".

He continued to say, "I was preaching against it but i was afraid that If i stop paying it, I was going to die or something was going to happen.

"There were times when I doubted myself and doubted the scripture because these pastors have become god-figures, half of the things Nigerian pastors preach about are wrong but because they are so revered, nobody questions them so at some point, I felt that these people can not be wrong and I’m right even though I had the scripture and I had some revelations too".
Entertainment