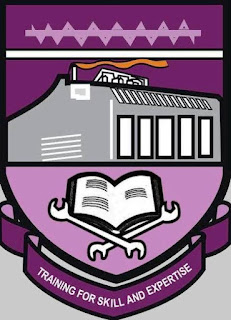 Authorities of the Federal Polytechnic, Ado-Ekiti have approved the appointment of two new Principal Officers for the Institution.

The appointment of the Registrar and Bursar formed part of the highpoints of a recent meeting of the Governing Council, which upheld the results of the interview conducted recently for the two vacant positions in the Polytechnic.

The new Registrar, Mrs K.O. Ekanem, who was until her appointment, a Deputy Registrar in the Polytechnic, was born over 50years ago in Kano. She is by marriage from Cross River State.

Mrs Ekanem holds a Bachelor of Arts Degree in Languages from the University of Calabar, obtained in 1995, as well as a Master of Public Adminstration Degree from the Ekiti State University, Ado Ekiti in 2010.

On his part, the new Bursar, Mr. John Kehinde Omodara, who until his appointment was a Deputy Bursar at the National Open University of Nigeria, Abuja, was born 49 years ago in Ado-Ekiti.

He holds a Higher National Diploma in Accountancy from the Federal Polytechnic, Ado-Ekiti, in 1995, a Post Graduate Diploma, in Financial Management in 2002, as well as a Master of Business Administration (MBA) Degree in from the Ekiti State University in 2005.

However, the Rector, Dr. Dayo Oladebeye, while inaugurating the new Principal Officers at an emergency meeting of Management of the Institution, congratulated the new Registrar and Bursar for their gratious appointment.

Dr. Oladebeye, who unveiled the duo at the meeting, welcomed them to the Polytechnic Management Committee. He described their appointments as a welcome development and a call to service.