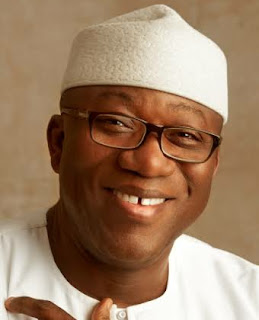 Ekiti State Governor, Kayode Fayemi has given approval for the state’s broadcasting service to commence operation on January 1, 2019, following its re-opening by the National Broadcasting Commission (NBC).

It could be recalled that the State owned broadcast station was ordered shut by the NBC on July 15, for various infractions including, unauthorised airing of results of the July 14, 2018 governorship election in the state.

According to a statement by the Chief Press Secretary to the Governor, Yinka Oyebode, the re-opening was sequel to the submission of report of the panel set up by the state government to look into the remote and immediate causes of the closure as well as the Governor’s intervention.

Following the Governor’s engagement with NBC leadership, the regulatory body agreed to an instalmental payment of the fines slammed on the station.

Consequently, the Governor approved the January 1, 2019 commencement date, and directed that all arrangements for the re-opening be concluded within the next one week.

While appreciating NBC management under the leadership of Isha’q Modibbo Kawu for its understanding, Governor Fayemi said government would put necessary structures in place to ensure that the BSES is run professionally.

Meanwhile, Mr Idowu Oguntuase, one of BSES’ most senior officials had been directed to be in charge as Acting General Manager pending the outcome of the White Paper on the Visitation Panel report.
News