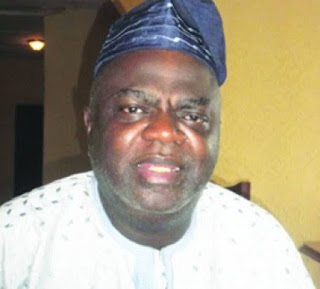 Segun Erinle has backed governor of Ekiti State, Dr Kayode Fayemi to win the eligibility case between himself and former governor Segun Oni.

He made this assertion yesterday at the annual end of the year party of the Ekiti in Diaspora in London, UK.

According to him, there was no previous case on the  matter, hence no legal authorities to support the case. So, the case is expected to go all the way to the highest court in the land.

He also said he was of the opinion that the case would be dismissed today at the high court and costs awarded against the plaintiff.

"The main issue for determination by the federal high court is simple. Does a public servant need to resign appointment before contesting the primary election of the party?

Those supporting Engineer Segun Oni believed Yes, but some of  us are of the opinion that since Dr Fayemi is not a career civil servant and he enjoyed his employment at the mercy of the President, he does not need to resign unless the President asked him to resign.

"Our Constitution does not help matters as it does not indicate if the resignation concerns civil servant or public servant. It doesn't also indicate if before the primaries of the party or the general election hence the case will settle a lot of issues.

"I think the drafters of our Constitution will not want any body to suffer twice known as double jeopardy hence the language used in the Constitution should and ought to be before a general election.

"If my opinion is wrong, the other question is did Engineer Segun Oni resign his own appointment too as the Chairman of a govt parastatal? What is good for A should be good for B. I am of the opinion that the case would be dismissed tomorrow and costs awarded against the plaintiff.

"I want the case to go up to the Supreme Court for real legal backing. My opinion was sought on the issue let it be known that both Governor Kayode Fayemi and Engineer Segun Oni remains my brothers but legal opinion has no respect for brotherhood", he said.