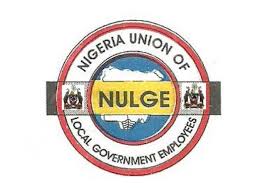 By
Elegure Josiah
The Ondo State House of Assembly led by Rt Honorable Bamidele Oloyeloogun, the speaker, has suspended activities of the Nigeria Union of Local Government Employees, (NULGE) in the state.
The house took the decision at a plenary today December 4, 2018 in Akure, Ondo State capital.
The suspension followed a petition submitted to the house for deliberation and investigation by some aggrieved members of the union.
The lawmakers however submitted that it became imperative for the house to deliberate and look into the crisis rocking the union for timely resolution.
The house thereafter gave the house committee on Ethics and privileges headed by Mr Jamiu Maito two weeks ultimatum look into the matter.
Meanwhile, reacting to this development, the newly elected State President of NULGE, Comrade Bola Taiwo however said the lawmakers had no constitutional right to intervene in the union matters.
Comrade Taiwo said, any aggrieved member of the union had the right to protest or write a petition, noting that the National body would address such situation in the interest of members.
He however urged the lawmakers to settle the crisis in the assembly rather than stepping into the union affairs.
News