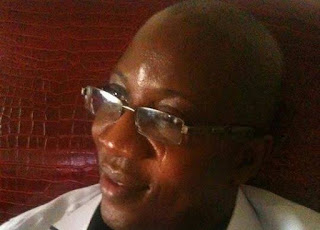 My fellow Ekiti people, they have come again o. Or should I say, rather, that they are coming again? With their lying tongues and usual rumour mongering, they want to spin their ways back into our lives, vomiting trash about our dear state and trying to return us back to the old ways of master-servant relationship where they will serve us crumbs falling from their table, give us hemlock for honey. They have come again with their bags of tricks to confuse us and deceive us away from the truth.

Their ways are one and the same. To spin lies and conjure make-beliefs. To twist and turn us, the people away from the truth,  with unsubstantiated info. They have that strong belief that we, Ekiti people, are a gullible lot. "Feed them constantly with lies," they kept saying, "and they will take such lies as the truth."

Eish! This people, their desperation to return us to the old setting of worshipping them, eating from their palms and serving them, knows no end. Beware, my people, lest they confuse you again, and make you their permanent slave. Rumors, they say, are as dumb as the people who started them and as fake as the people who help spread them.

I must caution: Do not listen to their lies. Do not help them to spread it. You now have as governor someone who is not given to scamming or showmanship. Someone whose "Aye" is "Aye" and "Nay" is "Nay." His words are his bonds.

Please watch out! The traducers are trying several tricks to penetrate us and chase away our liberators again. God forbid!

The new lie now is about the Paris Club and other refunds. They are spewing unsubstantiated lies that our Gov. John Kayode Fayemi has collected some money in the range of N30bn and kept it away from us...

Awuuu! N30bn out of the N3.9bn leftover to be collected as the Paris Club refund? Already, the immediate past Governor Ayo Fayose has salted away N18bn from the money due to us and instead of paying salaries, he spent it on personal luxuries. Now he is being investigated by the EFCC.

Is it possible for a man of Dr. John Kayode Fayemi's stature to come out in the open, and to the hearing of the President and the Federal Government, to lie that he hasn't collected a money that he has actually collected? Nay, it takes only a shameless and mindless Fayose to do that. Only someone who would swear with a Dictionary, claiming to be holding a bible, would try such scamming.

The fact, as it stands today, is that apart from the only monthly allocation received, and from which salaries and allowances, including pensions were duly paid, no refund has come to Ekiti State, between October 16, when Governor Fayemi mounted the saddle and now. The last time such refund was paid to Ekiti State was during the inglorious tenure of the immediate past governor of Ayo Fayose, and what he did with the whopping sum paid through him will soon be revelled to us by the EFCC.

In the words of Douglas Malloch, the biggest liar in the world is "They Say." Don't be a liar. You have the avenue to confirm the truth. Dr. Fayemi has vowed to tell you the truth, and the truth only, without any embellishment. Avoid the tale bearers, whose stock in trade is to scam you and sweet talk you into perpetual slavery. Emancipate yourself from mental slavery and get the facts straight from the source.

They have despoiled our state, they have rubbished our reputation in the eyes of the world. Like fish out of water, they cannot live their lives out of power. Don't allow them to ride you back into Ekiti. Say no to their lying tongues and embrace the truth today. You will be glad you did and Ekiti will be better for it.

Please know that we will always have them around. There will always be someone willing to hurt you, put you down, gossip about you, belittle your accomplishments and judge your soul. It is a fact that we all must face. However, we, the people of Ekiti must realise that God is our best friend that stands beside us when others cast stones at us, and He is the one that returned Dr. John Kayode Fayemi to us, to reset our values and return us to the path of honour. We therefore should never be afraid, never feel worthless and never feel alone.

Ekiti of today is no longer their Ekiti of one-day-one-trouble. The state is back as the land of honour and integrity.