Ekiti Assembly Bye-Election: We Are Ready For Poll — INEC 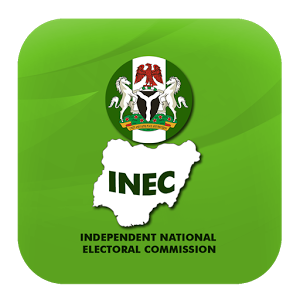 The Independent National Electoral Commission (INEC) in Ekiti State has expressed its readiness to conduct the bye-election into the vacant Ekiti South West Constituency 2 assembly seat.

The Spokesman of the commission, Taiwo Gbadegesin while addressing reporters in Ado Ekiti today, Thursday, December 13th, 2018, vowed that the electoral umpire would conduct a credible poll to fill the vacant seat anytime the Ekiti office receives greenlight from Abuja.

He said a directive was being awaited from the Commission’s headquarters to hold the bye-election any moment from now.

Gbadegesin disclosed that the commission had written to the INEC Chairman, Prof. Mahmood Yakubu, on the vacant seat and we're only awaiting directive to set machinery in motion for the conduct of the election.

He said: “We are set for the election and we hope that the bye-election will be conducted by January. We have written to Abuja, I mean, to INEC National Chairman and we are expecting them to set the time table for us to conduct the election.

“You know it is important for the constituency to have a representative to speak for them and the commission is not unaware of this. We are prepared for the poll, but we can’t make a unilateral decision, it has to be given from national headquarter.
“I want to assure our people that there is no reason to be apprehensive about this, the bye-election will be held in due course, that we assure the constituents from that area.

“The RECs all over the country are in Abuja holding meetings with INEC National leadership and I know this bye election will be tabled at the ongoing conference.

“We didn’t disappoint Nigerians during the July 14 governorship election in Ekiti State in spite of the fear that pervaded the land that the election could either be aborted or botched by threats from politicians, but we were above board and delivered.
“This should be the expectation of our people anytime this by-election takes place.”

The REC disclosed that the commission is battle ready for the 2019 polls in terms of logistics and personnel that would guarantee conduct of transparent polls in Ekiti.

He stated that many of the personnel have been exposed to further trainings in Abuja, Enugu and Imo States, where they were taken to acquire new innovations in electioneering process, particularly in the use of Information and Communication technology gadgets like smart card readers.
“We are ready for 2019, because it is another crucial election that would chart a course for the country and we can’t afford to dissatisfy Nigerians.

“We have resolved the issue of paucity of personnel, as we speak we have enough staffs to prosecute election.

“Training is inevitable to the success of elections and that we have done and we will still do more for Nigerians to have elections that meet international standard,” he added.

The seat became vacant following the death of former occupant, Mr. Michael Adedeji. He was killed by suspected gunmen who opened fire on him in the early hours of October 26.

Adedeji, who was rushed to the Federal Teaching Hospital, Ido Ekiti (FETHI) after being shot on the head at close range at a location in Onigari GRA, Ado Ekiti, died three days later.
News