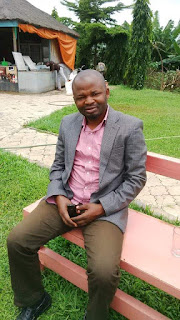 I lost a brother, a friend , above all a compatriot. Otunba Akintola Adeleye was one of the young Ekitis who believed in me and are always around me seeking to benefit from the little experience I have garnered  in the struggle to build a better society.

Otunba was however unique. He was such a different man. He had little but gave so much. Though a family man he had no other life than the struggle. Where the progressives converge you will find him. No assignment was too difficult for him to carry out. He was a mover in Afenifere Renewal Group and many Yoruba and youth groups. He was the soul behind Asiwaju Grassroots Forum, the movement which  has taken him across the country building cells in honor of Asiwaju Bola Ahmed Tinubu and his political philosophy. Here was a man who never met Asiwaju beyond sighting him at public functions . Yet he gave  eight years of his life promoting Asiwaju and deepening his ideas and ideology among young men of his generation.

He was one of the founders of APC Youth Forum. He attended their meetings from time to time across the country. I sometime arrived home late night to meet him in my living room in Abuja. “What are you doing in Abuja” , I will  ask him. It was always to do with one meeting or activity  relating to our party or the progressive movement in Nigeria.

Whatever space we have in the house we shared. Before I could wake up in the morning he was gone moving on to another theatre of struggle. Otunba’s life reminds me of that of Che Guevara the young Argentinian doctor who fought all over Latin America for the liberation of his people without much consideration for his personal gain or safety.

Wherever the APC was having an election he  sponsored himself there working day and night to see that our party and candidate triumphed.
He was such a committed man that he will never think of working against his party even when the party has not treated him well. He gave so much of himself and made an indelible impression on everyone he came across.

As you hearing of him in Osogbo, he will be at a seminar in Abuja the following day; the day after he is organizing a Christmas carol in honor of Tinubu in Lagos and helping mobilize for a lecture in memory of Awolowo in Ibadan.
He served meritoriously as the director for youth in my campaign. He raised money and traveled round the sixteen local governments convincing the youths that our group was best positioned to bring them out of the morass they found themselves. Unfortunately the youths listen more to money than to his ideas.

He was desolate when we failed to pick the ticket but he remained undaunted as a parry man. He kept the faith and worked very hard to see Dr Kayode Fayemi win the election. His mantra was always “ I am a party man”.

Otunba was so mobile that I sometimes wonder if he ever gives time to his young family.
He was at a meeting of Buhari Osinbajo Campaign Organisation in Lagos when he slumped and had a massive stroke. He not only lost his limbs, he had blood rushing into his brain according to the doctors. He was immediately taken to one of the best hospitals on Victoria Island ,Lagos. We quickly alerted all our cadres in Lagos who kept vigil with him at the hospital where the doctors kept him alive on machines. It was going to be for a while.

When the situation became desperate I informed Vice President Osinbajo of his condition . He showed concern and immediately ordered his personal physician to take control and ensure everything was done to keep him alive. It was decided he should be moved to a bigger hospital with more specialists to manage his condition. Even when the doctors were pessimistic, we held on to fate and prayed hard to God to wrought his magic

At about 2.00 am on Wednesday 7th Of November he was successfully moved by a team of doctors and nurses to the Lagoon Hospital in Ikoyi. The Vice President monitored his condition through his physician till 4.00 am this morning.

By 1.00 pm I got a call from the doctors who informed he was brain dead and they may have to pull the plugs with the agreement of his family members. At 4.00pm Otunba, our comrade breathed his last, never to be heard or seen alive again.
We shall miss him, miss his activism, his commitment, his selflessness. He was a young Nigerian who gave his all without asking for much other than seeking to represent his people at the State Assembly. He borrowed money, begged for more to pick up the form but was never allowed to go through elections. The list was predetermined. In spite of that he stayed with the party and insisted he will never quit in the face of the injustice but he was hurt and now mortally so.
Otunba you could not realize your ambition. We shall continue to remember you as a true patriot of Nigeria, a committed comrade and a proud Ekiti man. Sunre aburo.


Babafemi Ojudu is Special Adviser to the President on Political Matters.
News