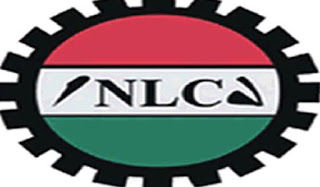 The Nigeria Labour Congress (NLC) has suspended planned strike as the Tripartite Committee set up by the Federal Government agreed on N30,000 new minimum wage though Government delegation is suggesting 24,000

Nigeria Labour Congress President, Ayuba Waba while addressing a rally on Good Governance before a delegation took a list of Labour demands to Ag. President Yemi Osinbajo at the Presidential Villa, Abuja.

At the end of the first meeting of the tripartite committee set up to arrive at an agreeable minimum wage template, Chairperson of the committee and former Head of the Civil Service of the Federation, Ms Ama People had said while the federal government insisted on N24,000, organized labour maintained its earlier stance of N30, 000.

She however said the government pleaded with labour to call off its planned strike “We have concluded and we have a little challenge with what we call Chapter 5 of our report, that is where we have the numbers and the figures we used for the negotiations and the figures that we concluded with and the committee has two figures: the N24, 000 suggested by the federal government and the N30, 000 given by the organized labour.

“There is no stalemate. We have finished and we have signed it but we are insisting that the strike must be called off. There are still two figures, N24, 000 and N34, 000. You know that labour came up with a figure of N66, 500 but when we put all that together with the figure we got from the states…so, we put all that in a basket plus the initial figure that the federal government recommended which was N20, 700. We put them together in a basket and came up with four scenarios, we worked with one of the scenarios and that was how we agreed on that N24, 000 and N30, 000 respectively”, said Ms People.

Asked on what the committee was going to submit, she said both figures would be forwarded to the president. On his part, Labour and Employment minister, Chris Ngige said the committee was working to secure an appointment with President Muhammadu Buhari, adding that its resolution would be passed to the Federal Executive Council, then the National Economic Council and later the National Council of State after which the president would initiate an Executive Bill to be transmitted to the National Assembly. He said; “We are making progress. The governors’ figure should be the figure of the federal government. We are just trying to carry them along. That is why we made the discussions ‘tripartite plus’. It is just because we want to carry them along, otherwise the federal government speaks for governments.

"Yes, the figures are standing but we know that there are other processes. It has to go through the Federal Executive Council, the National Executive Council and the National Council of State, then an Executive Bill will be transmitted to the National Assembly”. Asked if the two figures would pass through those processes, he said; “Yes, because the federal government figure is noted and is also weighty because it says that it depends on the ability to pay, affordability and sustainability. “Labour are quiet satisfied, we are doing the needful, we have passed the rubicon. The only aspect of it now that we need to do is to fix an appointment for the handing over of the report to Mr President. We are reconvening tonight because that appointment has to be gotten because the president has gone home. He is not just sitting down in the office. If we get the appointment now, we will reconvene later and agree on how to proceed. “The governors have no choice now because they have attached themselves to us because we are the supreme sovereign, they are minor sovereigns”, he added. On whether the strike would go on as planned on Tuesday, he said, “no”, referring all enquiries to labour leaders.
News