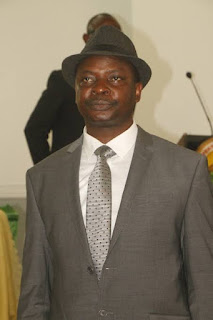 Ekiti State Governor, Dr Kayode Fayemi, has
approved the retirement of the Head of Service, Dr Gbenga Faseluka, from the State’s service.

The retirement which was conveyed in a letter signed by the Secretary to the State Government, Mr Biodun Oyebanji, and dated November 30, 2018, was with immediate effect.

Dr Faseluka was to hand over to the most senior Permanent Secretary, Mrs Peju Babafemi.

Mrs Babafemi was to function as Acting Head of Service pending the appointment of the substantive holder of the post.

Meanwhile, the Governor had also approved the immediate redeployment of all Education Secretaries from the 16 Local Government Education Authorities.

The affected Education Secretaries were to hand over to the most senior officers in their respective local government education authorities.

A new set of Education Secretaries would be appointed in due course.

The duo, in their letters of notification, appreciated Governor Fayemi for their reinstatement alongside four other colleagues earlier in the month. They described the development as a proof that Ekiti’s core values of fairness, equity and justice are being restored in the state.
News