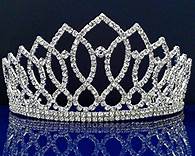 
Chidinma emerged first, beating 17 other beautiful contestants to clinch the ultimate prize of N3 million, a luxury apartment and an automobile. While the duo of Chisom Dunu and Ameh Munirah emerged first and second runner-up respectively.

The event, which attracted the crème de crème of the society, kicked off the red carpet moment hosted by 2018 Big Brother contestant, Tobi Bakre.

Speaking on this year’s edition of the pageant, chairman Folio Media group, Mr. Fidelis Anosike, stressed the need that the pageant had, over the years, improve and impact in the lives of its participants.

In his word, he said, “Yearly, the Miss Nigeria theme has remained empowering women beyond beauty as organisers seek to consider applicants beyond their physical look alone but their intellect which matters a lot’. 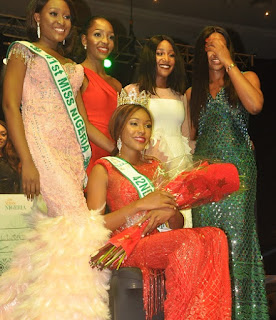 Hosted by Ebuka Obi-Uchendu and Kaylah Oniwo, this year’s edition recorded a massive turnout of over a thousand applicants with 40 contestants making it to Lagos for auditions which entailed coming up with a campaign against child molestation, a stride no other beauty pageant has recorded.

However, one of the unique features of this year’s edition was the fact that, unlike other pageants that had 36 contestants battling for the ultimate prize, the Miss Nigeria organisers made a final selection of 18 contestants drawn from the six geopolitical zones with three contestants representing each zones.

12 contestants made it the question and answer stage asked by the audience. The audience was also thrilled by musical performances by Dede Mabiaku, Johnny Drille, comedian Bovi amongst others.

Recalling her moment at the past queen and 41st Miss Nigeria, Mildred Ehiguese adviced the new queen to be hardworking and represent the brand well as it has become an eye-opener toward achieving her core aim as a queen.
Entertainment News Photo Speak