An Evening with ‘Baba’ By Bisi Adeleye-Fayemi 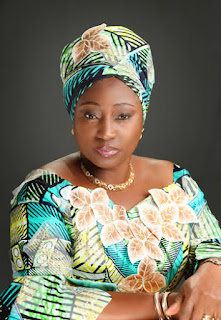 I have been on the road for the past two weeks. On November 4th I left Lagos for Mauritius to attend the triennial African Philanthropy Network conference. The conference brought together over 300 philanthropy practitioners and researchers from all over Africa and the rest of the world. As one of the founding members of the African Philanthropy Network (formerly known as the African Grantmakers Network) I was very pleased with the turnout in Mauritius as well as the quality of the participation and conversations. Even though I struggled with a cold before and during my stay there, I enjoyed my time in the small, beautiful country.

I flew back to Lagos on November 11th and on November 12th I left for London to attend a program at King’s College, London. In October 2017, I was appointed a Visiting Senior Research Fellow at the Africa Leadership Center (ALC), King’s College London. There are five of us VSRFs, and we are also known as Leading Practitioners.

We are expected to help the ALC mentor their Fellows and Graduate students and also teach a class at the Masters Program when we are in town. Last week, we had one of our regular convenings, and it also coincided with the launch of their Distinguished Leadership Lecture Series.

The Former President of Nigeria, Chief Olusegun Obasanjo, was the Guest Speaker at King’s College last week. ‘Baba’, as he is fondly called, is an older friend and mentor of my husband’s and they have had a good relationship, except for when my husband refused to join his party or serve in his government. My husband has been at the receiving end of Baba’s ‘Do or die’ kind of politics, but they have remained on good terms and they have something of a father-son relationship.

Baba gave a very interesting talk on Tuesday evening about the importance of creating opportunities for youth in leadership. He gave historical examples of how young people have provided leadership in their communities, he listed the barriers they face, and also gave instances of ways in which he has helped mentor or support young people. I might have my own reservations about Baba’s style of politics, his antecedents or his motives, but listening to him that night, my respect and admiration for ex-President Obasanjo went up a notch. Baba is in his 80s. We flew in on the same flight from Lagos, we both arrived that morning. Baba gave a very insightful and reflective lecture at 5pm the same evening. After speaking for forty-five minutes, he responded to questions for another hour, still on his feet.

Even when he was offered a chair, he politely declined. His responses were apt, often witty and characteristically frank. The audience was made up of mostly graduate students, with a few of their lecturers. They had all been exposed to theories of leadership, but the objective of having people like the Leading Practitioners as well as ex-Presidents such as Baba, was to interrogate what leadership means in real-life situations. In the questions and answers that followed, issues such as mentoring styles, succession planning, making tough decisions, leadership failures and many others, were addressed.  One of the questions Baba was asked by someone in the audience who is a serving soldier, was if his military training helped him as a civilian President, to which Baba responded, ‘Of course yes!’. Those of us who knew what that meant during his two terms as civilian President of Nigeria smiled. I had a mentoring session with the ALC Fellows on Wednesday afternoon. I spoke about my own leadership journey, and they asked questions about what I had shared with them, as well as my thoughts on Baba’s lecture.

This is a brief summary of the session I had with the Fellows:

Leadership is always practiced within a given context. The leadership styles we use will depend on the situation and what worked in one part of our leadership journey might not in another. It is therefore important for every leader to keep abreast with the times, monitor trends, build and sustain new alliances and learn from every victory or failure. An ex-soldier who becomes a civilian President for example will have to learn a new leadership culture. Even if the results meet with mixed reviews, a willingness to be flexible and unlearn whenever necessary is key.

Leadership narratives are very important. Every leader has a right to his or her story, and so do others who are affected by their decisions. There is a time and place for every story, and all an ethical leader can do is tell their own story in word and in deed. History however does not write itself so we all have to be active creators and narrators so that our stories are not hijacked by unscrupulous elements, especially the revisionists who are always willing to create their own version of events.

Mentoring is a fluid process. Except for when formal training programs are in place, the most successful kind of mentoring takes place through reading, occasional interaction and relationship building. Most young people do not have an opportunity to build relationships with their mentors, but they can read about what inspires them, how they faced challenges and their dreams and hopes. New media can also be a useful mentoring tool, and I used the Above Whispers website and the Loud Whispers column as examples.

No one places power in the hands of those on the margins. President Obasanjo was asked a question about women in leadership and his response was that women themselves know what to do if they want better representation, men are not going to cede power to anyone. I was asked what I thought about his reply during my time with the Fellows on Wednesday. My response was that even though Baba’s reply was the typical one of laying the solution at the door of the oppressed, women do need to up the ante in order to make it very expensive for politicians to ignore them. This would require more solidarity, organizing and ideological clarity than what is happening now, when the dominant narrative is not moving beyond the entitlement slogan of ‘it is our turn to rule’. The same thing applies to young people. As another famous Nigerian political leader, Asiwaju Bola Tinubu often says, ‘Power is not served a la carte’.

Understand your power base and its limitations. One of the questions that President Obasanjo was asked was what he is doing now and what he considers his power base to be. The ex-President spoke about his Presidential Library which is one of the most impressive post-Presidency initiatives in Africa. He is also still a very well-respected global leader in the area of African peace and security. He also claimed to have a fair amount of moral authority which gives him the right to speak his mind on issues of concern. I am certainly not a fan of Baba’s scorched earth approach to interventions on matters of national concern in Nigeria. I am however very happy about his Presidential Library project, and I hope we can see some more across Africa. In my session with the Fellows, I also pointed out that a good leader needs to figure out the act of re-creating new or alternative power bases, otherwise you will keep living in the past and stepping on the toes of the new kids on the block who need their own time and space. It is also useful for leaders to have the integrity to know when they need to speak up or when they should just keep a lid on it.

You need energy, a lot of it. Looking at Baba Obasanjo in full flow on Tuesday evening, I perished all thoughts of feeling sorry for myself after flying for almost ten hours back from Mauritius only to catch another six-hour flight the next day. Perhaps it is a combination of military training, luck, genes and so on, but to be sound in body and mind at that age is great. It did not end there. Baba got on a flight to Vietnam the next day!

So, I am back from my time away, though I of course did not exactly leave everything behind, my hundreds of daily WhatsApp messages follow me everywhere. As we all continue our respective journeys, may we be blessed with wisdom, understanding, contentment and good health. May we all reap the fruits of our labours. May we learn to forgive and may we receive forgiveness in return. Viva Baba Iyabo, Viva!

Bisi Adeleye-Fayemi is a Gender Specialist, Social Entrepreneur and Writer. She is the Founder of Abovewhispers.com, an online community for women. She can be reached at BAF@abovewhispers.com