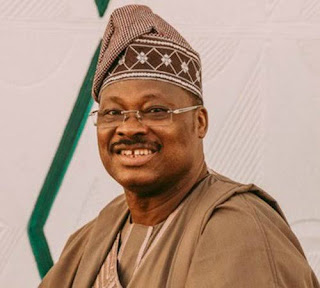 Free tax regime hitherto enjoyed by religious organizations in Oyo State has now come to an end as the government of Senator Ajimobi has declared varying annual security levies to them as part of efforts to strengthen the state security trust fund.

This, according to documents released by the Oyo State Security Trust Fund in Ibadan yesterday "is for improved policing in the state".

The rest are religious bodies including churches and mosques as well as those in other areas who were asked to pay N60,000, N40,000 and N20,000 for classes A, B and C respectively.

The document said “this is to certify the general public that OYSSTF, in pursuance of it’s statutory function to continue to assist security agencies, is embarking on the implementation of the law (OYSSTF AMENDMENT LAW 2017) recently assented by His Excellency, Oyo State Governor Senator Abiola Ajimobi.

“Further to the above, the board of trustees of OYSSTF in conjunction with relevant stakeholders, having held several consultations, town hall meetings and discussions preceding the commencement of the law, hereby informs the general public that in accordance with section 11 (4) of the Oyo state security trust fund law 2017 which empowers the government to impose levies and rates on “person” which include residents, individuals, associations and corporate bodies or firms domiciled in the state.

The fliers were made available to journalists at an emergency stakeholders security meeting held at the House of Chiefs, Parliament Building, Secretariat, Ibadan on Tuesday.