A Tale Of Modern Day Girl-child By Odekunle Adedoyin 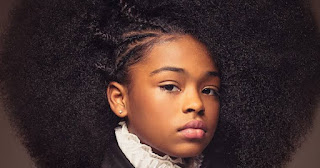 Tola and Tope were twin sisters. They lived together until age ten when their Dad's younger sister, Auntie Ronke who had been looking forward to bearing her own child, but all efforts proved abortive, decided to take Tope to live with her. Tope also liked her Aunt so much so she was delighted to follow her. After their Primary School Common Entrance Examination, Auntie Ronke took Tope along to Lagos, she was admitted into one of the best Government Secondary Schools in their vicinity and life went on.

Tola too was living with their parents, alongside her two younger brothers. She was admitted into a standard Secondary School around her area, in Osun State. The twin sisters often talked on phone and usually swapped visitation during holidays.

Auntie was strict with Tope, she was always putting her on her toes. Trained her to be confident in herself. She was always updated about her lifestyle. There were laid down rules and regulations for Tola to follow. She was restricted access to some things. She knew all her friends and always cut off her relationship with whomever she found unhealthy for her after running her personal background check on the person. She was always present in her school whenever she's needed and at times, unexpectedly, she would show up. She really had time for Tope.

Anytime Tope went to her biological parent for holiday, she was always shown love and felt her Aunt was stricter than her parent. She felt losing out on a lot of things, compared to Tola. Their mom hardly scold them, as she was the one doing most of the house chores.

At some points, when Tola went for holiday in Lagos, her Auntie noticed a whole lot of things, how uncultured and ill-mannered she was. The level of her indiscipline was unquantifiable. She tried her best to curb her, whilst she was with her but also felt her parent needed lots of extra works to do on her.

When her parents came to pick her, she called them to attention on what she observed in Tola, the other daughter.
"Tola is really spoilt to the brim. She couldn't do house chores and did wake up late. She doesn't know how to talk to elders. She doesn't heed to correction.

Whenever corrected, she would only go all day giving me attitude. She might not greet me the next day or reject food if she so wished, but you know me now; Ta lon jeun taja n jiru. She's so disrespectful and proud at the tender age. How did she become this?" She asked facing her brother and his wife. The couple looked at each other.

They had no idea of what she was talking about. "I am compressed with all you've said. You know I really do not spend much time with them at home. I have to go to work and attend to my other businesses. But I will now start to look out for her." Thanks, Darling.

"You see, Sis Ronke, Tola is just a child. 'Omo kekere lon se'. And she's not really like that oh. She just hates dust that's why she doesn't sweep and that anger you complained about, it just... "

What are you saying? Why are you giving excuses on her behalf? It is now clear to me that you are the one indulging that girl and it's better for you to ameliorate your steps now before you regret later." Ronke said and banged the door while Tola and her siblings were coming down the stairs.

When they got to Osun, Tola mom didn't even allow her husband to rest before she raised the issue.
"I don't know why your sister dislikes Tola this much, is it a crime she said she was not going to stay with her when she wanted to take her in? She just likes making her self too important by always bringing something out of nothing, she feels she only can do things right." She said, walking round the room haphazardly. "It's not what you think. She only cares"...Tola badged into the room at the middle of their conversation while her dad was about unzipping his trousers to go directly into the bathroom to have a cold bath.

"What nonsense! Why didn't you knock?"
"Knock?. In my Father's house? Dad what are you hiding?" She replied in a care-free manner.

"Get out of here now!". Her dad said in anger. "Did you see that?" He said as he walked to lock the door from behind and entered straight into the bathroom while his wife was just looking and trying to figure out what her daughter had done wrong. That was the picture of whom Tola is.

As time went on, days, months and years passed, Tope was given scholarship to study Nursing abroad. While she was in school, she was one of the best students chosen to represent her school at an academical competition.

She came out as overall best student and was awarded a scholarship .
At the same time, at the period, Tayo already had series of abortions. She didn't make her WAEC and planned to register at miracle center. She was already a junkie. And her parents meant little or nothing to her. She couldn't be curbed again. And that's how she used her lifestyle. She later got pregnant and Doctor warned against any further abortion because it could lead to total destruction of her uterus and she was taken to rehabilitation centre in order to help heal her addiction to drugs.

With the duo's feminine traits, where and how did Tola get it wrong? Where did her parent miss it?

This is the situation of most of the girls in our society today. A fifteen years old already has a boyfriend(s), it could be any boy or a Yahoo boy, she already has sugar daddy and has thus become a professional prostitute(Olosho). She knows well about clubbing same way she knows how to drink different kinds of Alcohol and also on drugs(Tramadol, Refnol, codeine, Tutolin, Emzolin, Pakalin) and a host of hard drugs.
Seriously,  majority of our girls know much about family planning, different sex styles and anything about pure intimacy, in the other room, more than what they teach them in school.

It fault all start from the parents. Parents no longer have time for their children, they put out all the responsibilities on their school Teachers, forgetting that their children are not the only wards in schools and that Teachers also have their own personal lives to deal with. If anything happens, they blame it on Teachers. They feel money is everything.

Parents should retrace their steps and have time for their children to train them in the rightful manner.
Fathers should also have time for their families; they shouldn't leave their wives with the sole responsibilities of grooming the Children. They should pray for their children, have fun with them, advice them, give the proper monitoring and do follow-ups on how they're yielding. Be friendly with them, however, learn how to be strict with them when there's need to chastise them. Show them love and care and be always ready to listen to their stories(plights), if they don't talk, then initiate the conversation. Make your children your best friends.

Take your time to know your child/children. They mighty see it as hostility while you're doing all this just to give them a better future; never mind. Rejig! They might even doubt if you're really the one that gave birth to them. But one day, they will realise you're doing it in their best interest and will forever be indebted to you. They will pray for you and call you the blessed.