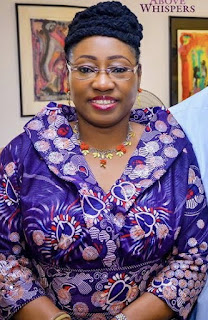 Seeth a man diligent in his work, he shall stand before kings and queens and not before mere men (Proverbs 22:26)

The above bible verse is an illustration of my personal story. After graduating from Ekiti State University some years back, earning a Bachelor of Arts in Philosophy, I thought to myself, 'what next?'. Since my 100 level days, I have been into the journalism line, writing for Fountain Newsbreaker as the Campus Editor and I was a member of my department's Press Club.
It is a great thing in life to discover one's purpose, and for you to know your purpose in life, you have to know that thing which you do to affect people's life positively and you are happy doing.
Right from my university days, I had always loved giving people news, getting people informed and keeping them abreast of the happenings around. So, I had been in the media line. Even when I got myself involved in unionism in school, I was elected Public Relations Officer of National Association of Philosophy Students (NAPS), EKSU Chapter; I was also elected Public Relations Officer of Federation of Okemesi Students' Union (FOSU) National Body. In Succession, I was elected secretary and later President of the Federation of Okemesi Students’ Union (FOSU), EKSU Chapter. Even after leaving the University, during my service year in Uyo, the capital city of Akwa Ibom State, I was made the Public Relations Officer of my Community Development Services (CDS) Group - Independent Corrupt Practices and other related Offences Commission (ICPC).

Moreover, having looked at my background and the positions I have held in the past in which I did well, I discovered my passion for Journalism. This is the main reason I decided to go fully into journalism and to be professionally qualified, having earned a Bachelor's Degree in Philosophy, I proceeded to the International Institute of Journalism, Abuja where I obtained a Post Graduate Diploma (PGD) in Journalism.
After my service year, I went fully into the journalism profession and I must say the experience had been great. Within the short period of my full practice, I have been opportune to meet dignitaries who on a normal day, I would not have had the chance to meet.
Throughout my service year as a Corp member I never had the chance to see not to talk of meeting the Director General of NYSC, Brig. General Kazaure, but immediately after my service year in 2017, I was on the field on an assignment and some selected journalists were invited throughout the state to interview the NYSC DG when he visited the Ekiti State NYSC Orientation Camp at Emure. I was opportune to be among the journalists in Ekiti to be with him and for the first time, I met with him, interviewed him, got his contact and personally took some pictures of him for my medium.
This and many more are the experiences I have gathered during the short period of my practice. I have also met one-on-one with a lot of Governorship Candidates and aspirants, Senatorial Candidates and aspirants etc. Senators, House of Representatives Members amongst others.
Meanwhile, my recent encounter with the Incoming First Lady of Ekiti State, Erelu Bisi Fayemi was the most exciting. Unlike many would have thought, that I met the First Lady on a political outing or assignment, I was opportune to meet her on a professional assignment too.
At the International Institute of Journalism where I recently finished my Post Graduate Diploma in Journalism, we were to produce a magazine which was produced annually. So, I was made the Deputy Editor in the Editorial Team while Mr Odunayo Ogunmola of The Nation Newspapers was made the Editor.
We worked hand in hand and brainstormed together. Having gathered all our news stories, we later thought on who to use as the cover of this year's edition of the magazine. Then I suggested we contact Erelu Bisi Fayemi, being the incoming First Lady of the State, an industrious and highly intelligent woman. Mr Odunayo immediately bought the idea and he contacted Her Excellency. She agreed to be the cover of the magazine and also granted us an interview.
Some days later after we contacted Erelu, the interview was ready, because we did the interview online and she said we should come to Isan to get the soft copy of the interview and some other materials that might be useful for the editing of the interview. On that faithful Tuesday morning, we left Ado for Isan and we got there in no time. We were ushered in and she was already expecting us.
Her laptop where she intended to send the materials to us was with her and she was just about having breakfast. Immediately we entered the room where she was, she welcomed us cheerfully and told Mr Odunayo, "It's been a while" because she was more acquainted with him. She offered us some coffee but we graciously declined that we were okay.
So, she passed her laptop computer to me so that I could copy the important documents we needed which I did. We thereafter had at least an hour chat with her; So exciting and interesting to be with, a highly cerebral woman. We talked on a lot of things, ranging from the aftermath of the 2014 defeat and the journey back to the government house to the just concluded Osun Governorship election and her husband’s plans for Ekiti People.
She was so free with us, only three of us in the room and we talked at length. She did not even know I was Akogun Tai Oguntayo's son until I introduced myself and she was like, "Oh really? You're Akogun's Son, Wow! That's great!". She talked about how the incoming administration would invest greatly on young people, youths and students because she believes these are the future of Ekiti State and investing in them now will give us the assurance of a greater Ekiti. We also talked about how close the results of the Osun election were and how APC thinly escaped defeat, then we came to the conclusion that the Ekiti State Gubernatorial election that returned Dr Kayode Fayemi was justified. If APC could win in Osun with less than 500 votes and in Ekiti State, APC won with over 18,000 votes, then one can say, Dr. Kayode Fayemi gallantly won that election. She was then like, it should never be said, that the election was close, compared to what APC had in Osun.
While we were still with this dexterous woman, she brought out parcels for us and gave one to me. The parcel contained Two of her published books,  'Speaking Above A Whisper' and 'Loud Whispers' which will be read publicly very soon in Ado-Ekiti at the October monthly reading of the Association of Nigerian Authors (ANA) and some other packages.
These are some of the benefits of being a journalist. You get the opportunity of meeting people who ordinarily, you would not have had the chance of meeting. Such an encounter with the incoming First Lady was a delightful experience one cannot forget in a hurry. I was inspired by her and got more encouraged to be more diligent in whatever I find myself doing, because just like the above bible verse, anyone who is diligent in his work will stand before Kings and Queens and not before mere men.