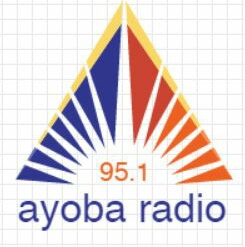 As part of reclaiming the  land and restoring the lost values of the Ekiti people, the incoming government of Dr John Kayode Fayemi has hit the ground running with a radio station called Ayooba Radio 95.1 FM in Ado-Ekiti, Ekiti State Capital.

The station apart from broadcasting the activities of Ekiti State government to her people, will also serve as an affordable means of communication to the masses.

In lieu of the reopening of the BSES (Ekiti FM 91.5 and Ekiti Television), the new radio station would be there to inform, entertain and educate the people of Ekiti State being the three cardinal roles of journalism.

This new development by the Incoming Government of Kayode Fayemi had thus been applauded by many as it was seen as a foresight development as the State was seriously in need of a mouthpiece and a medium that will bring the government closer to the people and vice versa.

Speaking with our correspondent in Ado Ekiti, the State Chairman of the Nigeria Union if Journalists (NUJ), Comrade Rotimi Ojomoyela described it as "a welcome development". He said " this gives the masses an alternative means of ventilating their views on government activities." He disclosed the readiness if the union to work with the new station.

Ojomoyela however advised the management of the new station to uphold the professional ethics if the union urging them not to engage in any unethical behaviours. The NUJ Boss also called on the government to facilitate the immediate reopening of the Broadcasting service of Ekiti state.

The new Station was seen by many as an opportunity for journalists and young people in the media industry to showcase their God-given talents through the new medium.

According to the State Chairman of the Association if Nigerian Authors (ANA), Akogun Tai Oguntayo, "Ayoba Radio Station is a good initiative of the new government of Dr Kayode Fayemi, an indication of a better time for media practitioners in the State." He therefore enjoined everybody to tune in to it and enjoy it to the fullest.

You can tune in to 95.1 on your radio set wherever you are in Ekiti to listen to the test transmission of Ayooba FM. The new radio station of the Ekiti State Government.
News